Home Blog Getting Arrested Twice in the Same Day for DWI 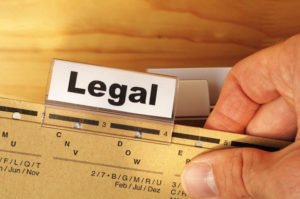 Last December, an Asheville woman joined 22 other drivers arrested for DWI in Buncombe County as part of North Carolina’s holiday campaign called “Booze It & Lose It.” The program is now on its 20th year of upholding road safety. This incident sheds some light on a rare, but serious issue of being arrested twice in the same day for DWI.

According to WFMY News 2, 24-year-old Brittney Box was arrested at New Leicester Highway at 3:58 a.m. Field sobriety tests returned with a blood alcohol content (BAC) of 0.10, which is beyond the legal limit of 0.08. After she gave her written promise to appear in court, she was released by the county magistrate.

Box recovered her vehicle, a 2014 Hyundai Sonata that was still at the site of the first arrest, only to be stopped at 6:35 a.m. along New Leicester Highway yet again. The arresting officer recognized the car, all the while recording Box’s BAC at 0.07. Although her BAC has dropped, the officer cuffed her due to apparent impairment.

For some law enforcers, offenders like Box are not as unusual as you might expect. Many drunk drivers are pulled over a second or even a third time, leading to multiple arrests. In fact, the highest number of DWI charges made within a short term is four, belonging to a Rhode Island man. After the fourth, officers finally had had it and held him for arraignment.

Such a case can’t be considered “double jeopardy” because it only happens when a man is punished a second time for the same offense after either acquittal or conviction. The court has yet to deliver the verdict on Box as of this writing, so any number of successive DWI arrests prior to a hearing may constitute separate offenses.

That being said, these successive DWI arrests may aggravate the case which could lead to stiffer penalties, so it’s imperative to retain the services of a dependable DWI lawyer in Raleigh.

At Kurtz & Blum, PLLC, we have been rigorously defending DWI cases for years. A seasoned Raleigh DWI lawyer might argue that the second arrest is related to the first and try to negotiate with the District Attorney to combine the two cases. Still we strongly encourage anyone arrested of DWI to take it easy and not attempt to drive again until they are sober.