Home Blog “Good News” for Those with Limited Driving Privileges

Raleigh Lawyers Have “Good News” for Those with Limited Driving Privileges 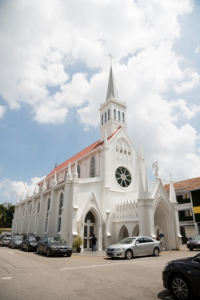 In North Carolina, drivers licenses can be suspended or revoked due to alcohol-related offenses or certain convictions, or if they accumulated points in their records due to moving violations and other infractions. Depending on the severity of the offenses, a driver’s license is suspended or revoked for varying periods of time, and drivers are required to pay a restoration fee to have their license reinstated.

However many individuals are permitted to drive despite having their licenses revoked or suspended if they are driving to work, to attend college or if they are bringing someone for emergency medical care. Recently, a new North Carolina law took in effect, extending these limited driving privileges which should be considered “good news” for those who wish to express their religious faith.

Over 50 new laws were passed by the General Assembly and signed by Gov. Pat McCrory during the legislative session this year, and nearly all of them took effect last October. Among these new laws is the extension of the driving privileges of individuals with revoked or suspended licenses. Under the new law, those who’ve had their driver’s license suspended or revoked due to past convictions are now allowed to drive to church or to a place of religious worship.

Charges for Driving while Revoked

Any responsible lawyer will caution you not to attempt to abuse your limited driving privileges while your license is suspended or revoked.  This is essential to avoid further convictions and complications. Under the law, people who are caught driving while their licenses are revoked may be charged with a Class 1 misdemeanor, which often involves a fine and possible jail time.

The severity of punishments will often depend on an individual’s previous convictions, and their licenses will usually be revoked for another year or more. Furthermore, authorities may have the right to seize your vehicle, especially if you commit an offense such as Driving While Impaired.

Normally, those who’ve had their licenses suspended or revoked will have to wait until the period of suspension or revocation expires. Once the period passes, they’ll have to pay a determined restoration fee and apply for a new driver’s license. Those who’ve had their licenses revoked due to medical or health reasons are exempt from paying a restoration fee.

With the new law, religious worshippers have been granted the privilege to drive to church or a place of worship. If you’re dealing with a legal matter involving the loss of your driving privileges, like DWI, be sure to seek the help from one or more Raleigh lawyers, like those at Kurtz & Blum, PLLC, who remain updated with the latest laws and updates on existing laws.