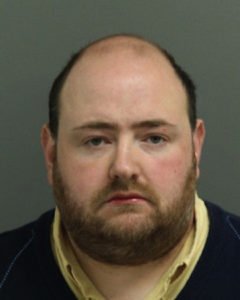 Murders are obviously more common in cities, but one particular murder trial has been catching attention in Raleigh because of the fairly sordid details. On April 22, 2013, a man named Jonathan Broyhill viciously attacked his two friends and ended up killing one of them (Jamie Hahn) and seriously injuring the other (Nation Hahn). Broyhill is now facing charges of first-degree murder, attempted murder and assault (with the intent to kill).

Details of the Crime

Jamie Hahn was a Democratic strategist who had confronted Broyhill about allegedly embezzling campaign funds. Nation, the surviving friend and the husband of the decedent, was at home during the incident. While he was upstairs and his wife and Broyhill were talking downstairs, he heard his wife scream, rushed to her, and saw Jamie bloodied in the kitchen floor. Broyhill was holding an 8-inch knife over her and then attacked Nation.

Looking into Broyhill’s relationship and history with the Hahns’, you could see that the fraud he is being accused of could be true. According to his lawyers, he worked in Jamie’s consulting firm to handle accounting and financial reporting tasks, and in the process, he wrote himself checks from the campaign fund totaling close to $50,000, which might help explain a motive.

Broyhill’s lawyers argue that he came to the Hahns’ home with the knife only with the intent to kill himself and that the victims could have been harmed because he was severely upset by the confrontation. Instead of first-degree murder, the defense attorneys are working to lower the charge to second-degree murder.

Even if evidence is stacked against a murder suspect, he/she still has a right to have the case litigated in court. As in Broyhill’s case, if the murder charges are lowered to second degree due to a plausible defense, the penalities are dramatically reduced.

Criminal defense attorneys often stake their defense on any number of mitigating factors, such as having a diminished capacity (i.e. temporary insanity or extreme state of stress due to the situation before committing the crime).  Or the accused could have also acted out of intoxication, self-defense, or reasonable mistake and accidents. These are the defenses that a skilled Raleigh criminal lawyer could glean from the case to make a difference in murder trials.

Aside from determining a suitable defense strategy, a seasoned Raleigh criminal attorney, such as the associates of Kurtz & Blum, PLLC, can also educate the defendant regarding the laws surrounding his/her case and provide legal representation in court. This would especially be crucial if the defendant is not aware of the fine differences between murder charges (i.e. second-degree offenses merit long or lifelong imprisonment, while first-degree felonies can be sentenced with something as severe as death penalty in North Carolina).