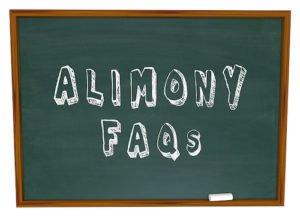 As a divorce attorney in Raleigh, NC, I often get questions regarding remarriage or cohabitation and the effect it has on the obligation to pay alimony. While you may think the effect is the same for both, it depends on whether you have court-ordered alimony payments (and the date of the order) or you agreed to an amount for alimony in a separation agreement.

First, let’s talk about court-ordered alimony. This means you sued (or were sued) for alimony (spousal support) or that your separation agreement was incorporated (included) into a court order. The first thing to consider is when the order to pay alimony was entered. If it was before October 1, 1995, remarriage, but not cohabitation, will terminate your obligation to pay alimony. If it was on or after October 1, 1995, both remarriage and cohabitation will terminate the obligation to pay alimony.

The reason for this is because in October of 1995 the statute controlling this matter was amended to include cohabitation. The theory behind this law is that the dependent spouse is no longer dependent on the supporting spouse (the person paying the alimony) and has voluntarily abandoned the claim for alimony against his or her former spouse.

While this may seem easy enough, cohabitation must be proven or the supporting spouse could be considered violating a court order, resulting in not only resuming alimony payments but also being held in contempt of court. In North Carolina, cohabitation can be shown by the voluntary mutual assumption of living in a martial relationship, which includes, but is not necessarily dependent on, sexual relations.

If you have agreed to pay alimony in a separation agreement that is not incorporated into a court order, the terms of the agreement will control.

Why is it different?

Well, in North Carolina our Courts recognize the freedom of two parties to contract and will enforce the terms of the contract so long as it is not void against public policy. Thus, if your separation agreement is silent or clearly authorizes alimony to continue after remarriage or cohabitation, obligations to pay alimony will survive.

If the agreement states that remarriage, cohabitation, or any other event will terminate right to alimony, that section of the contract will be enforced. Therefore, it is extremely important to have an experienced family law attorney when drafting your separation agreement.

If you are paying alimony and your former spouse is remarrying or cohabitating, speak with an experienced attorney to determine whether your obligation to pay alimony will terminate. Or, if you are considering remarriage or cohabitating but sure to first contact a Raleigh family attorney to see how it will affect your right to continued alimony.