Home Blog How to Cope with a Hit-and-Run Charge

Coping with a Hit-and-Run Charge: How a Raleigh Criminal Lawyer Helps 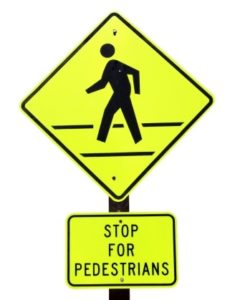 Under North Carolina law, any automotive collision that results in personal injury, death or property damage requires that all drivers stop, remain at the scene of the accident and wait for authorities to arrive. Unless there is no damage or injury, drivers are not supposed to leave the scene of a car accident. Unfortunately, this was not the case for the driver of one of two vehicles that struck a pedestrian on Capital Boulevard in Raleigh, according to a report posted on newsobserver.com.

“RALEIGH — A 64-year-old woman who was on foot on Capital Boulevard was hit by at least two vehicles and killed Thursday morning, and only one driver stopped, police said.

Police were trying to find at least one vehicle that they believed hit Cornelia Olero Amissah and took off, said police spokesman Jim Sughrue. He described the car as a small, light-colored sedan.”

This driver’s situation serves as a warning to motorists who may flee the scene of an accident and is a grim reminder that safety should always come first. Drivers should be especially mindful of pedestrians, even those who are outside designated crosswalks or those in parking lots.

Leaving the scene of the accident should be avoided at all costs. Drivers who damage an unattended vehicle should not drive away but rather first look for the driver and if not found leave a note with their contact information.

However, any driver who hits a person and fails to stop, also known as a hit-and-run accident, will likely face criminal charges which can have serious consequences.

Any driver involved in a hit-and-run accident will certainly need to hire a Raleigh criminal lawyer who could help them provide a defense. In North Carolina, if a driver is involved in an accident that resulted in death and failed to stop at the scene, he or she is likely to face a felony charge and possibly vehicular homocide.

No matter what the circumstances, remaining at the scene of a road accident is important. A hit-and-run drivers who fails to comply with this obligation will need a good defense strategy and an experienced Raleigh criminal attorney like the ones at Kurtz & Blum, PLLC.