Home Blog How to Get Compensation After a Hit-and-Run 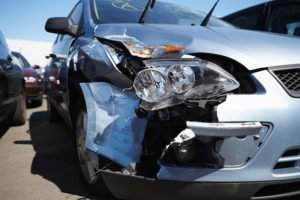 It can be frustrating to suffer property damage from an accident that you didn’t cause—even more so when the perpetrator leaves the scene of the accident. If property damage is caused by a driver who flees the area, the incident is labelled as a hit-and-run accident.

In Raleigh, a 26-year-old man is facing hit-and-run charges after crashing into a local apartment complex. According to reports, Brandon Kent Loosman ran his vehicle off the road and hit the wall and deck of a first-floor apartment in Duraleigh Woods Apartments. The incident happened early morning on December 12, 2014. Witnesses said the driver then pulled away from the accident scene and drove off.

No one inside the complex was injured, but the affected inhabitants had to be relocated due to the extent of the damage. Thanks to witnesses, the driver and the vehicle were quickly identified, and investigators were able to apprehend the driver at his home shortly later.

This is one hit-and-run incident where the victims were fortunate enough to catch the at-fault driver immediately. In this case, the victims may obtain compensation from the driver through the help of a capable Raleigh car accident lawyer. Some victims aren’t quite as lucky, however, which is why many hit-and-run cases are never solved and the perpetrator never found. Still, that doesn’t mean they should be the one to bear all of the expenses that result from the accident.

In North Carolina, property owners are required to carry insurance. This insurance can cover accidents caused by people such as hit-and-run drivers. In the event of a hit-and-run accident, you have the right to file an insurance claim and have your own insurance company compensate you for property damage and any injury you may sustain. If you have such a policy, you should file a claim and let your insurer pay your expenses.

You shouldn’t be the one to bear the expenses of an accident you didn’t cause. If you are having trouble filing a claim with your own insurance company, you might want to contact trusted Raleigh law firms like Kurtz & Blum, PLLC immediately. They can ensure that you receive fair compensation for your injuries and any property damage you might suffer.