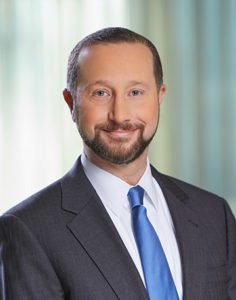 We are proud to announce that Howard Kurtz, one of our founding partners and a legal extraordinaire, has returned to Kurtz & Blum. He has returned home to the firm he helped established over 20 years ago, which is now a well-established law firm and symbol of legal excellence in Raleigh, North Carolina.

Howard Kurtz is responsible for the “Kurtz” part of our firm’s namesake. He helped establish Kurtz & Blum in 1998, a premier firm of experienced criminal defense attorneys in Raleigh. Attorney Kurtz was formerly Of Counsel but has since rejoined the firm in the full capacity as an attorney and partner.

Howard Kurtz has two decades of courtroom experience. He is a Raleigh criminal lawyer who has successfully represented clients facing drug crimes, federal crimes, felonies and misdemeanors. He is also a noted domestic violence lawyer in Raleigh, NC who has earned an AV Preeminent® rating by Martindale-Hubbell, the highest peer rating standard by the premier attorney rating agency in the country. This rating is only given to attorneys who are ranked at the highest level of professional excellence for their legal expertise, communication skills, and ethical standards by their peers.

Howard Kurtz has also worked as an editor of a statewide legal publication and has appeared as an expert guest legal commentator on True T.V.

He says of his important work as a criminal defense attorney:

“Standing alone in front of an army of prosecutors, law enforcement officers and angry citizens who may well all be convinced that my client is guilty is not an easy job. It isn’t a job for someone who is not single-mindedly driven to protect our fundamental liberties and rights as citizens as well as to police law enforcement and prosecutors. It is an important job. It is a job about which I am passionate. I could do nothing else.”

About the Law Firm

Kurtz & Blum is a Raleigh NC law firm that has vigilantly defended the rights of the accused for more than 20 years. The firm’s mission is to provide honest advice and strategic representation.

The attorneys at the firm have more than 50 years of combined legal experience. Howard Kurtz is only one of several highly experienced and diverse criminal defense attorneys at Kurtz & Blum.

The team takes a collaborative approach in tackling the toughest cases, so when a client hires a criminal justice attorney at Kurtz & Blum, they get the whole team. 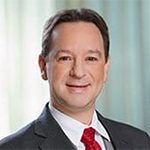 Seth A. Blum is a graduate of Tufts University and Duke Law School. He also holds a Master’s Degree from the Terry Sanford Institute of Public Policy Studies. Seth is an experienced trial attorney who is licensed and has tried cases in both North Carolina State and Federal Courts. Seth is an Adjunct Professor of Trial Advocacy at the University of North Carolina School of Law. He regularly teaches other lawyers advanced trial techniques.