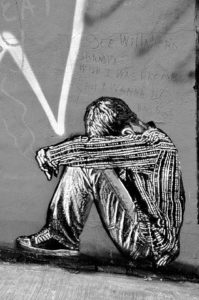 When most people hear the word “trafficking,” what immediately comes to mind is drug trafficking. While drug trafficking here at home or across national borders can result in violence, human trafficking is becoming more of a growing concern for cities and states around the country.

Human trafficking is quite simply a kinder description of the modern day slave trade. It is a multi-billion dollar industry that spans the globe. Although internationally, some humans are trafficked for the purposes of forced labor, the vast majority of the unfortunate souls who find themselves being trafficked are sold into either private sexual slavery, are forced into prostitution, or are used to create child pornography. And human trafficking is increasingly happening on American soil. Some victims are illegal immigrants or have been smuggled across the border for the purposes of being sold, while others were born and raised in the U.S. An alarming number of these individuals are minors.

On October 15, 2015, the Federal Bureau of Investigation (FBI) announced the arrest of 153 alleged human traffickers and the recovery of 149 underage trafficking victims that occurred during stings across the United States. The youngest recovered victim was only 12 years old. The Operation, dubbed Cross Country IX, was the largest coordinated action of its type in law enforcement history, and involved more than 500 law enforcement personnel spanning across 135 cities. This is the ninth year Operation Cross Country has been conducted and for the second year in a row, the city of Denver, Colorado had the highest number of recovered victims (which conversely suggests that Denver is something of a hot spot for human trafficking). By comparison, only one victim of human trafficking was turned up in the entire state of North Carolina during Cross Country IX.

Under federal law, anyone under 18 years of age induced into commercial sex is a victim of sex trafficking — regardless of whether the trafficker uses force, fraud, or coercion. However, in 2013, North Carolina passed the Safe Harbor Act, which increased penalties for human sex traffickers and their customers, as well as shielding victims from being prosecuted for prostitution. Even though states like N.C. have laws against human trafficking on the books, law enforcement usually prefers to have the cases prosecuted in federal court because there are mandatory sentencing guidelines.

Oddly enough, it seems to some members of law enforcement that the increasing popularity of human trafficking may have initially stemmed from existing drug traffickers. In other words, what initially started out as a profitable sideline for drug dealers became a primary source of income as police turned up the heat on drug trafficking. It just goes to show that the so-called “War on Drugs” has had a higher number of collateral consequences than people could have initially predicted.

It can’t be doubted that the sexual exploitation of trafficking victims is a travesty, nor that law enforcement should take steps to protect the people who find themselves trafficked – simple human compassion tells us this. However, we should be concerned that the justice system is operating fairly when those accused of human trafficking find themselves in court. Yes, human trafficking is an abhorrent practice, but this means that there is a higher likelihood for logic and reason to be overcome by emotions. In seeking to protect the victims of human trafficking, we should not take away the basic due process rights of the traffickers, no matter how we may feel about them. Our justice system owes every citizen no less.