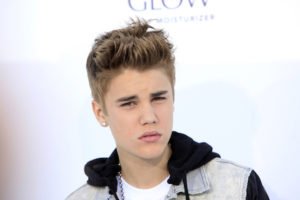 Since exploding onto the music scene back in 2009, Canadian singer/songwriter Justin Bieber has amassed a following of epic proportions. His global fandom is clearly reflected in the numerous online sites and communities dedicated to keeping up with, promoting and sharing details of his every move both on and off the stage. Over the years, plenty of outsiders have attempted to cash in on his continually growing fame; however, a man recently took this idea to a dangerous new level.

This 42-year-old decided to use the online world as well as Bieber’s stardom and the demographics of his fan base to his own advantage. After posing as Bieber across social media, the Australian man whose name has yet to be released used his newly assumed identity to target fans under the age of 16. He asked children to send him explicit images of themselves. Believing they were actually communicating with the pop idol himself, the unsuspecting young people complied.

Once this ruse was unearthed, members of the Queensland Police Service raided the man’s home and found condemning evidence on his computer. Officials say some of the materials found date back at least ten years. The unnamed man now faces a total of 931 criminal charges with allegations including indecent treatment of children, creating child exploitation materials and rape to name a few according to a recent article from The New York Times.

As a Raleigh criminal defense attorney and partner at Kurtz & Blum, PLLC, I’d like to point out that charges of this nature are considered felonies in North Carolina, and if convicted would warrant registration as a sex offender. On top of those 931 new charges, the Australian man was already facing counts of possession of materials exploiting minors and using online platforms to entrap children under the age of 16. It’s also worth noting masquerading as another person in this manner comes with its own set of criminal charges.

Globally, internet-based crimes against children have surged despite the efforts of law enforcement, public service organizations and parents. While the online world has given child predators a wealth of opportunities to target minors, those most at risk have also developed a false sense of trust and security when it comes to social media.

From another perspective, the same portal leaving children more vulnerable and giving criminals greater lead has brought about an evolution in the legal realm. Just as children often believe they’re safe online where would-be attackers can’t physically reach them, certain adults have come to believe their personal digital activities are untouchable. In truth, nothing taking place online or on mobile devices is completely private.

This gives prosecutors a great deal of leeway when it comes turning the tables in their favor; on the other hand, it also gives sex offense attorneys an ample foundation on which to build their own cases. Our entire lives are now documented in some way from social media posts and check-in’s to digital timestamps and browser histories. Clearing, deleting and hiding elements we don’t want anyone to see doesn’t actually eliminate them.

Thanks to advancements in technology, almost anything can now be retrieved or pieced back together. No doubt, this is a fact to which the previously mentioned Bieber impersonator can attest. Sources indicate the prosecution has ample evidence stacked against him, potentially making for a bleak outcome in his case.

Ultimately, his fate lies in just how well-versed his defense is when it comes to knowing what types of digital information to look for and how to use them to his benefit. The criminal defense attorneys with Kurtz & Blum, PLLC have seen firsthand the difference this type of knowledge can make when defending those accused of sexual offenses against minors.