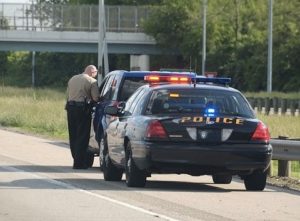 In North Carolina, if you’re driving then if charged with certain offenses you’ve given the state your “implied consent” to submit to a chemical test to check for the presence of alcohol in your system. You probably would not be surprised to learn that such an offense is known as an “implied-consent offense.”

The implied consent law (GS 20-16.2) makes it “easier” for law enforcement officials to require drivers suspected of driving while intoxicated (DWI) to submit to a chemical test to determine their blood alcohol content (BAC).

Obviously, the law was passed as a deterrent for people to drink and drive. And that’s good, because people shouldn’t do that. But the law seems to encourage questionable tactics used by law enforcement officials to get (or possibly coerce) a driver to submit to such a chemical test by explaining the dire consequences of refusal.

If an officer believes you’ve been drinking while driving, he (or she) will usually take efforts that will confirm or dispel his suspicion. Thus, he will ask you to submit to certain field sobriety tests such as the One-Legged Stand, Walk-and-Turn, and Horizontal Gaze Nystagmus.

If the officer has probable cause to believe you were driving while intoxicated you will likely be asked to submit to Blood Alcohol Content (BAC) test, or portable breathalyzer test.

As a dedicated Raleigh DWI Attorney, I suggest that you always be polite.

While you CAN refuse to submit to a portable breathalyzer test at the scene with no consequences to your license, if you refuse such a test and the officer has reasonable suspicion to think you are over the legal limit, you’ll probably be arrested. Following a DWI arrest, the officer will usually take you to the station where you will be asked to submit to a chemical test once again. Under the law, they must explain that you still have certain rights, namely the right to refuse any such test which will result in a one year revocation of your driving privileges and that your refusal will be admissible in evidence at trial.

But they probably won’t tell you that if you haven’t been convicted of a DWI within the past seven years it’s possible for you to get a limited-driving privilege after you have served six months of your suspension.

Ultimately, it is up to you whether or not to submit to any type of DWI field sobriety or chemical tests. In most cases, it’s probably better if you don’t. Feel free to read more about this important topic by visiting this page About What You Should Do If You Are Stopped for DWI.

Whatever the case, you can trust a capable Raleigh DWI attorney at Kurtz & Blum, PLLC will help defend you if you are charged with DWI.