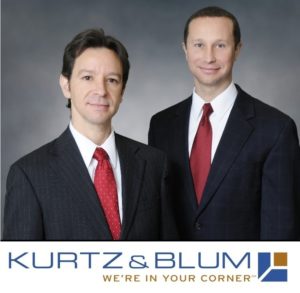 Raleigh, North Carolina (September 12, 2013) –Kurtz & Blum, PLLC founding partner Howard Kurtz, a Raleigh DWI lawyer, talks about the importance of new head-mounted video cameras in handling DWI (driving while intoxicated) cases. Charlotte-Mecklenburg police recently debuted new head-mounted cameras during a DWI checkpoints. These tiny cameras add a new dimension to the evidence collected during traffic stops allowing officers to get a much better view of the scene. In addition, drivers tend to be more compliant to police requests once people notice the camera.

Whether it is one of these new lipstick-sized cameras mounted on a pair of glasses or a more traditional dashboard-mounted camera installed on the front window of a car, police are increasingly using video technology to record traffic incidents and exchanges at DWI checkpoints.

According to Kurtz, the footage recorded by this equipment is crucial in formulating legal strategy for individuals charged with DWI. He believes that these cameras are particularly helpful in defending clients who are charged with DWI. A video helps them confirm whether or not the officer’s written report matches the footage recording. It also allows them to double-check if a sobriety test on their client was performed correctly.

While the deployment of the new technology has been a big hit in Charlotte-Mecklenburg, recording devices still remain to be installed in all police patrol cars in Wake County, the second largest judicial district in the state. The attorneys at Kurtz & Blum, PLLC support Senate Bill 449 which would require video recording devices to be installed in all law enforcement vehicles engaged in traffic enforcement and at all sites where breath tests are conducted throughout North Carolina provided the N.C. General Assembly appropriates funds for that purpose.

Kurtz & Blum, PLLC provides legal assistance to people throughout Wake County and North Carolina. Their DWI attorneys represent clients in DMV restoration and refusal hearings, as well as in matters involving insurance claims and driving privileges. They also help minimize or eliminate the damage caused by a DWI charge. They understand that some clients can be apprehensive when seeking legal help and that is why they offer a free initial consultation and flexible payment terms.

For more information and to sign up for a free consultation, visit www.KurtzandBlum.com or call 919-832-7700.

Founded by Raleigh DWI attorneys Howard Kurtz and Seth Blum, the firm serves clients in the greater Raleigh-area including Morrisville, New Hope, Zebulon, Rolesville, Garner, Wendell, Holly Springs, Cary, Fuquay-Varina, Knightdale, Wake Forest, and Apex. They are a member of the National Association of Criminal Defense Lawyers, American Association for Justice, and the North Carolina Bar Association. They are also accredited by the Better Business Bureau and Martindale-Hubbell, which evaluates lawyers’ ethical standards and professional ability.