Raleigh Criminal Lawyer on the Indictment of Former SEANC Director 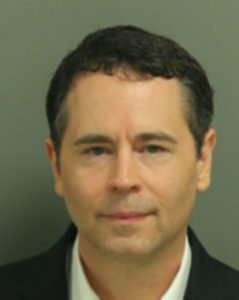 Early in August, the Wake County grand jury indicted the former director of the State Employees Association of North Carolina (SEANC), Dana Cope, on two counts of obtaining property by false pretense. According to the WRAL.com article, Cope allegedly used the organization’s credit cards and submitted fake invoices to get checks which were used for a number of personal expenses such as home renovations, jewelry, plastic surgery, flying lessons, vacations, and others. Cope supposedly used SEANC’s credit cards to pay for expenses totaling $475,500.52 and checks amounting to $113,346.05. From the perspective of a skilled Raleigh criminal lawyer, Mr. Cope is facing serious accusations and even graver consequences.

In February, Wake County District Attorney Lorrin Freeman asked the State Bureau of Investigation to look into spending irregularities within SEANC which included a $19,000 check paid to a Washington, D.C. computer company but was cashed by a landscaping company doing work at Cope’s home in Raleigh. Locals may remember that while Dana Cope was still in office, SEANC campaigned against the election of Freeman as District Attorney. Now, it seems that the table has turned against Cope’s favor.

SEANC followed up quickly by conducting several investigations of their own. They even retained Bond Beebe, an established accounting firm to look into the matter of their financial systems and processes. Upon investigation, it was found that Cope did misuse SEANC credit cards and misappropriated SEANC funds for personal gain accumulating a total of $494,043.06 during the period of October 1, 2012 and February 16, 2015. To recoup the lost funds and make sure an instance like this never happens, the organization has implemented certain changes including a manual check process, notification of the SEANC Treasurer via email, and review of all wire payments by the Executive Director.

In many states including North Carolina, obtaining property by false pretense is a felony. According to the North Carolina General Assembly, a violation of this sort in which the value of the money, goods, properties, or services exceeds $100,000 is considered a Class C Felony, the punishment for which is 44 to 182 months of prison sentence. The indicted former SEANC director faces 44 to 92 months in prison for each charge which roughly amounts to 184 months at maximum.

Obtaining property by false pretense merits the same punishment as aggravated assault and kidnapping. That should illustrate the seriousness of such a crime in Raleighand the rest of North Carolina. Anybody accused of this would do well to immediately seek legal help from a criminal defense attorney from firms like Kurtz & Blum, PLLC.