Home Blog Does an Insanity Defense Really Work? How it Works and When it Might

Does an Insanity Defense Really Work? A Skilled Raleigh Lawyer Knows How and When it Might. 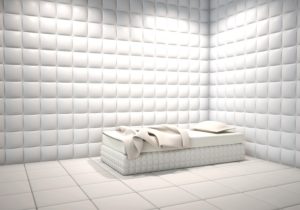 On January 16, 2014 reported about the case of a mother declared legally insane when she smothered her 2-year-old infant. Fortunately, tragedies like this are extremely rare but never seem to have any rhyme or reason, especially when perpetrated by someone suffering from schizophrenic delusions. Every once in while, a defendant may be found insane by the court and may have their charges dismissed.

“A Wake County judge on Thursday dismissed a murder charge against a woman who suffocated her young son inside a Raleigh hotel room more than a year ago, finding that she was schizophrenic and delusional at the time of the crime and that she believed it was necessary to kill the boy because he was better off dead.

Superior Court Judge Donald Stephens also ordered that Michelle Danielle Harpster be involuntarily committed because she is still mentally ill and a danger to herself and others.”

Pleading an insanity defense in North Carolina court is a truly complicated matter since it requires that you either not be aware of what you are doing when you kill a person or that you are aware you were killing someone but you weren’t aware that it was wrong.

North Carolina operates under the M’Naghten rule which states, “The central issue of this definition may be stated as “did the defendant know what he was doing, or, if so, that it was wrong?”

Further complicating the matter, the presiding judge has at his sole discretion to ability to determine the sanity of the accused from the fact presented.

For these reasons a successful insanity defense is extremely rare and unlikely to see a professional Raleigh criminal defense lawyer enter such a plea.

Unlike other states with more lenient requirements, the accused cannot just conveniently claim they’re insane at the time. A capable attorney in Raleigh, NC can help a defendant explore the facts of the case to determine if an insanity defense is feasible.