Home Blog The Injustice of Juvenile Justice in North Carolina

The Injustice of Juvenile Justice in North Carolina 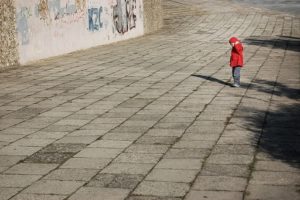 An offender’s age can be an important consideration for a number of crimes. Drivers under the age of 21 can be charged with Driving After Consuming (which is a variant of a Driving While Impaired charge) if they have any amount of alcohol in their system while they are behind the wheel. People under twenty-one aren’t allowed to possess or consume alcohol, and young drivers are often subject to tighter restrictions when they first get their licenses. Even people unfamiliar with the criminal court system in North Carolina generally know that younger offenders have their own special proceedings and are treated differently than adult offenders. What most people are surprised to learn is exactly where this state draws the line between “juvenile” and “adult.” In North Carolina, you are considered an “adult” for court purposes when you turn sixteen. This means that regardless of the fact that a sixteen or seventeen year old is legally a minor in most other senses of the word, any criminal charges they pick up will be handled in standard criminal court as opposed to a juvenile delinquency hearing.

Juvenile courts were initially created with the understanding that young people who commit criminal offenses require different handling than adults who do the same. Yet North Carolina is one of the few states that automatically considers certain minors under the age of eighteen to be “adults” for the intent of administering justice. Not only that, but even though all criminal charges picked up by any individual who is 16 or older are automatically handled in regular district court, even minors under the age of sixteen can find their way into standard criminal court proceedings. Prosecutors reserve the right to charge minors as adults in cases of serious or heinous crimes. There is a boy in Pennsylvania who is being held in an adult jail facility because he has been charged as an adult for his alleged part in the murder of a 90 year-old woman. Pennsylvania district attorneys charged this young man as an adult because under state law they could not prosecute a juvenile for homicide. Although this particular case did not arise in North Carolina, district attorneys in N.C. reserve the right to do the same thing if a similar case arose here. Perhaps it is soft-hearted of me, but I find something fundamentally wrong with the fact that a child whose age is just barely in the double digits can be subject to something as outrageous as being treated like an adult in a criminal courtroom.

Our firm doesn’t handle cases arising out of juvenile court specifically because it is a system designed to deal with offenses picked up by individuals who are at the point in their life where they are at their most impulsive and in need of understanding by authority figures. In many ways, “adult” criminal court is less complicated than a juvenile hearing due to the protocols put in place in juvenile court. In addition to doing business with a judge, a prosecutor, and the client, a juvenile attorney must also be prepared to deal with parents/guardians, juvenile court counselors, school officials, and social workers. Although the outcome of a case of misdemeanor larceny is no less important in criminal district court than it is in juvenile court, the number of players involved in juvenile court requires a different skill-set from an attorney than criminal district court does.

And that is how it should be. There should be more people involved when youngsters get caught up in the court system. A fourteen year old who is caught in possession of drug paraphernalia should be treated differently than a forty-four year old who does the same. It’s a matter of recognizing that the average teenager is not as capable of exercising restraint and forethought as a person who is fully grown and mature. For this reason, I believe that North Carolina should treat minors as minors. Not only are there due process concerns due to the inexperience of younger teenagers, it also doesn’t seem fair to have a sixteen year old face punishment in front of a judge that they can’t even legally vote to elect. Let’s stop treating all seventeen year olds the same as we treat seventy year olds, and start with a sensible policy of only placing minors in regular criminal courts when there is a good reason to do so.