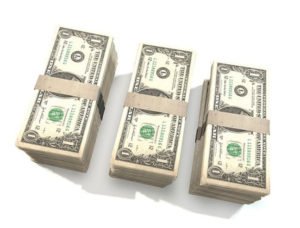 A group of three armed men pulled a daring heist in Raleigh, NC’s Walnut Creek Amphitheater last month in broad daylight. According to an article from The News & Observer, the men made off with half a million dollars in cash moments after they made their way into the business office, pointing guns at the employees as they went.

One of the alleged armed robbers, Adjani Jari Bryant, has already been apprehended by the police after an employee of the amphitheater reported the crime. Armed robbery is a serious felony and a person charged with such a crime will surely need legal representation from an experienced criminal lawyer.

First things first: when is a crime classified as a robbery? According to the legal definition, what differentiates a robbery from larceny as a crime is the presence of the element of force, or at least the threat of force. By this definition, therefore, the heist that took place in the Walnut Creek Amphitheater is an armed robbery because they held the employees at gunpoint—a clear threat to the victims’ safety and, specifically, involves the use of a dangerous weapon.

The penalty for such a crime depends on the seriousness of the felony. In North Carolina, robbery is a Class D crime punishable by anywhere from 38 to160 months in prison. A defendant’s actual sentence is be determined based on factors such as the severity of the crime, the defendant’s criminal record, the role the defendant played in the commission of said crime and a multitude of other relevant issues. The bold armed robbers who stole a huge sum of money and used weapons to threaten the employees could even receive a sentence longer than the the maximum sentence for armed robbery as their full sentence could be run consecutively to sentences for other criminal charges stemming from the same incident. Prosecutors and police work hard to think up as many charges as they can so that they have as much negotiating strength as possible. Had the robbers harmed any of the workers, they would be in even more trouble.

The first action of anyone accused of armed robbery or any serious felony should be to call the best criminal lawyer they can find who is experienced with these types of cases. It is important that a defendant consult with his lawyer as early as possible. This not only helps an accused to gain knowledge about the nature of their charges and the possible consequences should he (or she) be convicted of the crime, it also allows a skilled lawyer to ensure the lowest bond possible is achieved, allows for a rapid discussion with prosecutors to determine the trajectory of the case and allows the lawyer to provide timely relevant advice to ensure a defendant doesn’t effectively shoot themselves in the foot by saying the wrong thing. Savvy attorneys can quickly assess a defendant’s chances of having the charges dismissed, negotiating a reduced sentence, and/or striking a plea bargain as well as determining whether a defendant might have a strong case for trial.

North Carolina’s felony laws are different from other states and it is recommended that accused parties retain a local criminal lawyer for best results. You can be confident that a Raleigh criminal attorney with Kurtz & Blum, PLLC is extremely well qualified to provide legal representation and help to those charged with a serious crime.