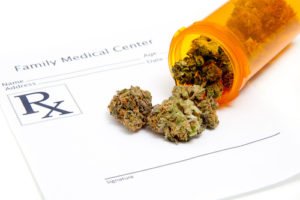 According to poll results released in May 2017, 80% of North Carolinians want medical marijuana legalized. Support was strong from both sides of the political fence, with 83% of Democrats and 73% of Republicans approving of the idea. Millennials – individuals born in 1981 or later – were its staunchest supporters at 65%.

The poll, conducted by Elon University, also showed that 51% of North Carolinians oppose the legalization of recreational marijuana.

State legislators had filed a bill to legalize its medical use in February 2017.

Supporters of medical marijuana cite the benefits it can bring patients.

For example, trials have shown that cancer patients who use the drug seem to experience improved appetites and less chemotherapy-related nausea. People with multiple sclerosis feel less muscle stiffness; individuals with glaucoma experience less discomfort for a couple of hours after smoking. Animal studies indicate cannabis can help prevent seizures.

The drug is also reportedly a promising alternative treatment for neuropathic pain – bringing therapeutic benefits to patients without giving them the notorious recreational high.

Beyond the medical arena, drug lawyers and legal scholars raise an additional point: legalizing medical marijuana could help free up the court system to address other, more serious crimes.

So, why is there still so much opposition to the idea?

Despite its purported benefits, pundits point out that the evidence for wide-scale medical marijuana use is not yet enough. The drug may alleviate certain symptoms, but that does not necessarily make it the best treatment for a condition. Its long-term effects on patients have also yet to be conclusively studied.

It has been noted, however, that the drug’s illegal status over the years has seriously and dramatically hampered research into its medical effectiveness.

Will North Carolina eventually legalize it?

At present, any use of marijuana in Raleigh and throughout the state is illegal. The penalties for possession, intent of use, sale, cultivation, and other offenses are detailed in the North Carolina Controlled Substances Act.

The bill filed in February 2017 would “allow people with qualifying conditions to possess and use marijuana without fear of arrest, prosecution, or penalty,” reports The News & Observer. It would also enforce strict limits on sales and the use by patients under 18.

Recent similar propositions have failed to be passed, with both Republicans Democrats unanimously rejecting a marijuana legalization bill in 2015. However, the growing public support for medical use might change the course of lawmaking.

Yet, for as long as provisions remain unchanged, individuals caught possessing and using marijuana in the Greater Raleigh Area – even as a medical treatment – will need the assistance of a competent drug attorney.

As attorneys, we feel that the law should be followed, but if you find yourself in trouble with the law, Kurtz & Blum, PLLC can represent you, should you be charged with possession, intent to distribute or trafficking. Rest assured, we will protect your rights and help secure a fair outcome for your case.