Home Blog New Challenges for States That Have Legalized Marijuana Use

New Challenges for States That Have Legalized Marijuana Use 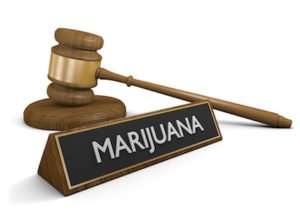 Marijuana has certainly been making its fair share of headlines over the last few years with just over half the nation joining Colorado and Washington in legalizing use of the drug in some capacity. As the number of states jumping on board grows, those lines once drawn between acceptable levels and outright impairment are becoming decidedly more blurred. In states where marijuana is now legal, law enforcement finds itself facing greater difficulties in convicting those deemed too far gone to place themselves behind the wheel.

Legal limits do apply when it comes to driving under the influence of marijuana in those states that have legalized marijuana use. In some states, any concentration of THC above 5 nanograms per milliliter of blood is considered illegal. Though this figure poses greater challenges for people accused of driving while caught in the throes of THC, DWI lawyers are able to use it to clients’ advantages in many cases in those states.

While there is no question regulations need to be in place regarding how much of the psychotropic element in marijuana is too much, current testing methods are coming under a great deal of fire for a few key reasons. Perhaps the strongest point of contention revolves around the way in which the body processes marijuana. Highs from the drug are known to last anywhere from two hours to upwards of an entire day depending on an individual’s tolerance, method of consumption, quality and potency of the strain of cannabis in question as well as several other factors.

In contrast to the effects of marijuana, which come and go fairly quickly, the byproducts of THC linger in the body for quite some time. People may test positive for the drug anywhere from a week to more than two months after the fact with frequency of use, metabolism rate and even BMI affecting the amount of time required for an individual to eliminate all traces of THC metabolites. As a recently released chronicle of a young Colorado mother’s experiences points out, this can easily lead to legal issues for those who use marijuana even if the physical impairments are long gone.

Law enforcement officials often conduct routine traffic stops in cases where a driver seems to be exhibiting signs of impairment, such as erratic braking and drifting across lanes. From there, training and experience take over, and officers look for telltale signs like bloodshot eyes, nervousness, higher-than-average sensitivity to light and difficulty concentrating to determine if further testing for THC is necessary. Although these guidelines have proven highly effective, they are also generating a number of false arrests now that so many states are lifting restrictions on cannabis.

Raleigh DWI lawyers are quick to point out and emphasize marijuana has not yet legalized in North Carolina; therefore, no THC concentration is acceptable in this state. Though the financial and intangible consequences of a DWI conviction are potentially life altering, being a victim of circumstance comes at even greater costs. Being pulled over for a moving violation after a particularly long day at work or passing through a checkpoint during allergy season could lead to serious repercussions for those with even trace amounts of THC in their systems.

Currently, there is quite a bit of contention revolving around developing more reliable testing procedures. As matters stand, accepted methods reveal whether or not marijuana has been used or consume previously, rather than the extent to which it affects drivers at the moment the tests are performed. Hiring an experienced DWI lawyer who stays current on the changes in the DWI laws is imperative, and can make the difference between a conviction or an acquittal.