Home Blog Keeping it Together: When do You Qualify for a Limited Driving Privilege

Keeping it Together: When do You Qualify for a Limited Driving Privilege 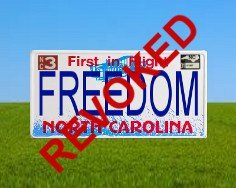 Many of our traffic clients may have their drivers’ license suspended. Those clients, like most of us, need to get to school, to work, and to take care of their families. Without a drivers’ license many would lose their jobs and suffer severe disruption to their lives. We are frequently asked “how can I avoid being suspended?” and “If I am suspended, can I get permission to drive?” The reality is that not all criminal charges can be avoided, and many of those facing charges that impose suspension will be convicted.  This article addresses the most common situations when the defendant can get a Limited Driving Privilege (LDP) to drive to school, to work, and for other necessities.

Each applicant should know that every LDP petition is granted or denied at the discretion of the sentencing judge. The LDP seeker should also know that the privileges come with standard hours, 6am to 8pm Monday through Friday. Non-standard hours are available at the judge’s discretion upon providing proof of necessity, such as a class schedule showing classes after 8pm or a work schedule showing the defendant works weekends.

A defendant charged with a DWI actually faces two separate suspensions for which he may be able to get an LDP. The defendant automatically gets a 30 day revocation on the day of arrest if the defendant registered a .08 or higher blood alcohol content. If convicted, the defendant faces another license revocation for a minimum of one year. Separate rules apply to DWI defendants who refused to submit to breathalyzer testing.

A pretrial DWI defendant can get a limited driving privilege after the 10th day of his initial 30 day revocation. That privilege is valid for the remaining 20 days of his revocation. If a pretrial defendant has refused to submit to the breathalyzer test, she may be suspended for one year from the date of refusal. She will not qualify for an LDP until six months after the refusal, and then only if the DWI case has been resolved.

The convicted defendant can get a LDP the day of his conviction if he is sentenced at a level 5, 4, or 3 and did not register a .15 blood alcohol content or greater. If the defendant registered a .15 or greater, he will not qualify for an LDP until 45 days after his conviction. After that 45 day period, he may get an LDP but not until he has had installed an ignition interlock device. The defendant is required to have that device installed in his car for one year, and will not have his full privileges restored until he has completed that one year period. Defendants who qualify for an interlock privilege should know that their one year interlock term begins the day the device is installed, not the date of their convictions.

A convicted DWI defendant cannot get a limited privilege if he is sentenced at a level 2, 1, or A1 for his DWI. That is North Carolina state law and there is nothing the judge or the defense attorney can do to allow him to legally drive during the suspension.

There two primary categories of Driving While License Revoked charges: DWLR while suspended for a non-impairment reason, and DWLR due to an impaired driving offense. DWLR for non-impairment causes are under certain circumstances able to get LDPs, but impairment-related DWLRs are not. Common causes of revocations for which a privilege may be granted include failure to appear, failure to pay fine, or speeding revocations.

Additionally, the underlying revocation which caused the defendant to get the DWLR charge must have been resolved; defendant must not have had a similar LDP for three years prior, must have no pending traffic tickets, no unpaid fines or penalties, must not be revoked by another state, and must be able to show proof of insurance. If Defendant was initially suspended for a DWI he does not qualify.

Driving After Consuming While Under 21 and Speeding-related Revocations

Defendants convicted of certain traffic charges are generally able to apply for LDPs if there are no other causes of revocations. If the defendant is revoked for any other reason than the speeding, Careless and Reckless, or Aggressive Driving charges he cannot obtain a valid LDP.

Whatever your case and whether you are facing suspension or have already been suspended, the attorneys Kurtz & Blum, PLLC know the rules and know how to obtain a driving privilege. If you qualify for a privilege, we may be able to help you get back on the road and on with your life.