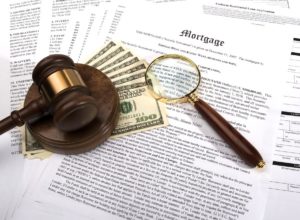 A $2-million mansion in the Wake-Durham County Line lies mostly in ruins today, its owner now in prison after pleading guilty to real estate fraud. Graffiti littered the broken walls, wood boards barricaded the windows and doorways, and a layer of rubble covered the floor. This was the house that “bank and wire fraud built.”

James T. Webb, a former Raleigh real estate developer was recently sentenced to 27 years in federal prison.  Webb ran a network of real estate firms between 2002 and 2006, promising investors large and safe. He conspired with a former lawyer, an appraiser and another individual to furnish fraudulent appraisal reports and documents to banks. By 2007, it was estimated that Webb had embezzled more than $8 million from more than 80 investors.

Prosecutors and federal investigators said Thursday that they hoped the lengthy sentence for Webb would serve as notice and a deterrent to others considering similar schemes.

Financial fraud is a serious crime with serious consequences. A reputable Raleigh criminal attorney who handles fraud and other white collar crimes has a responsibility to their client to explore all the options to obtain the best possible outcome.  Sometimes that includes pleading guilty, as was the case here.

In addition to a lengthy sentence, Webb was also ordered to pay $11.9 million dollars to his victims. Of course this was a rather extreme case.  Usually cases of fraud involve a number of factors that may be used to affect the outcome.  Each case is unique and the facts of the case need to be considered carefully by a knowledgeable attorney.

If you or anyone you know are facing possible charges of embezzlement or fraud, please contact our office at 919-832-7700 to discuss the case with a professional Raleigh criminal lawyer.