Home Blog Why Are People Still Talking About Marijuana as a “Gateway Drug”?

Why People Are Still Talking About Marijuana as a “Gateway Drug” 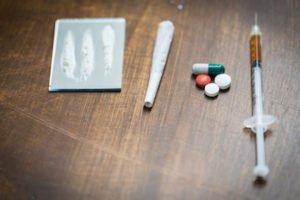 While the possession and use of marijuana is illegal in North Carolina, there are currently moves being considered to begin the legalization process. One of the primary arguments posed by opponents is that marijuana is a “gateway drug” that ultimately leads to the use of harder and more dangerous drugs like cocaine or heroin. However, those arguments may not be supported by scientific evidence. Correlation, as scientists like to say, is not the same as causation.

Laws Need to Be Heeded

Though many North Carolina residents are convinced that the marijuana is not particularly dangerous, the state will continue to prosecute anyone for possessing, using, or selling it. Because marijuana remains a Schedule VI drug, scientific studies of the short- or long-term effects of marijuana use are rarely conducted. While legalization in some states will almost certainly spawn new studies tracking the use and effects of marijuana, those studies are will take time. That means North Carolina residents are required to obey the current laws or face arrest and prosecution.

Is Legalization in North Carolina a Possibility?

At this point, any talk that marijuana could be legalized are not likely to be met with enthusiasm by North Carolina legislators. Even though there is little conclusive evidence that suggests marijuana is actually a gateway drug, the perception will remain popular with opponents.

Even if you believe there are medical benefits regarding the use of marijuana, current state law makes no allowances. That means residents using marijuana for medical reasons are likely to face prosecution just as recreational users do. In most cases, the benefits may not be worth the risks involved.

What Should Anyone Cited for Use or Possession of Marijuana Do to Protect Themselves?

Because significant penalties are attached to current laws prohibiting the possession or use of marijuana, anyone so charged should obtain legal representation from an experienced drug crimes lawyer as quickly as possible. By immediately contacting an attorney, anyone charged with possession or use of marijuana can improve their chances of mitigating the consequences.

While the possession of a small amount of marijuana is a Class 3 misdemeanor, a conviction can still impact a person’s future significantly. Possession with intent to sell quickly escalates to a Class I felony and includes significantly increased penalties. Drug Trafficking laws account for possession of large quantities and can lead to a sentence of up to 222 month’s imprisonment and a $200,000 fine.

The criminal defense attorneys at Kurtz & Blum, PLLC are here to help when clients are facing drug charges, and we’ll provide the best defense possible. Whether it’s a charge involving a small amount of marijuana for personal use, possession with intent to sell, or cultivation, and especially drug trafficking, every charge is serious. Developing a strong defense early is the best way to combat any marijuana-related charges.