Marital Property and Separation of Assets 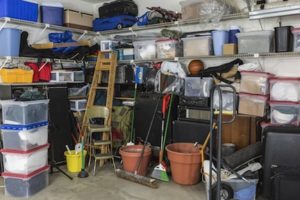 Spouses tend to accumulate a lot of stuff during a marriage as anyone with a garage full of junk and a closetful of old clothing and various knickknacks can attest. What happens to all this stuff then when spouses separate?

As a Raleigh Divorce Attorney, I’m glad you asked.

North Carolina law allows the court to divide up property after separation. (Separation, by the way, means living completely separate and apart-basically under two separate roofs.) The court’s ability to divide property applies to all sorts of property such as houses, cars, boats, stocks, retirement accounts, and even animals. How the court divides up property depends on whether the property is deemed marital or separate.

Marital property, according to North Carolina statute, is any property acquired by either or both spouses during the marriage and existing on the date of separation. Separate property, on the other hand, is property that either spouse acquired before the marriage or through inheritance or certain gifts.

Some property is owned by both spouses automatically in what’s called a “tenancy by the entirety,” meaning that it belongs to the two spouses together as a unit, rather than to one spouse individually. The most common example of this is a house, which North Carolina law presumes is owned in a tenancy by the entirety when purchased by spouses.

Once spouses separate, the court can determine what property is marital and what is separate and divide it up through a process called “equitable distribution“. The court has to identify what the property is, classify it as marital or separate, value the marital property, and distribute it to the parties. In a typical case each party is entitled to half the value of the “marital estate,” which is the term for all the marital property added together. One spouse or the other can argue for unequal distribution in his or her favor as long as the distribution will be equitable.

So how does the court divide the property? It’s not like you can just cut everything in half and give that to each spouse. (Who would want a half a car?) The court then practices distribution “in kind” meaning that in an equal distribution each party gets property that is worth half the value of the marital estate. The simplest example of this would be a couple, who only bought two identical cars during the marriage then split up. Each spouse would keep one of the identical cars.

Obviously things aren’t normally this simple. A typical case could involve one spouse keeping the other’s retirement money, while the other spouse keeps the house (as long as the equity in the home is equal to the value of the retirement account). Even though the court aims to divide the assets as equally as possible, usually the court can’t get things to work out perfectly so one spouse ends up with a more valuable share than the other. In those cases the spouse with the more valuable share will have to pay the other spouse to make up the difference.

Division of property can be a drawn out and complicated process. Contact an experienced family law attorney with Kurtz & Blum, PLLC to help you with your property division issues.