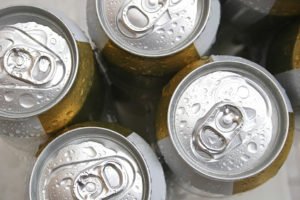 July 17, 1984 marked a milestone for the country. It was on this day that President Ronald Reagan signed the National Minimum Drinking Age Act, setting the minimum drinking age in all 50 states and the District of Columbia to 21. As a result, traffic fatalities and injuries dropped significantly over the years following its enactment, saving an estimated 900 lives annually.

The Act turned 30 on July 17, a milestone worth celebrating by anti-drunk driving advocates like the Mothers Against Drunk Driving (MADD). In a blog post, MADD stated:

In honor of the anniversary of the 21 drinking legal drinking age, we encourage all parents and caregivers to talk with your teens about the dangers of underage drinking.

So how did the minimum drinking age become 21? As a knowledgeable Raleigh DWI lawyer, I think this calls for a short history lesson.

First, minimum drinking age is a bit of a misnomer, as the Act only prohibits the purchase (or sale) of alcohol, not its possession or consumption.

In 1919, Congress ratified the 18th Amendment to the US Constitution prohibiting the production, transport and sale of alcohol, though not the consumption or private possession of alcohol (an important distinction). Prior to Prohibition, there is not much evidence of a minimum legal age to purchase or consume alcohol, except in a few states.

In 1933, Congress reversed the ban on alcohol with the 21st Amendment. Most states adopted a minimum age to purchase alcohol to 21 since that was the age of majority, meaning the legal age when an individual is no longer considered a minor and is allowed to vote.

It is important to understand that such laws fall into the jurisdiction of the state. Not to be conformists, we, the free-spirited rebellious types in North Carolina, set the age at 18.

In 1971 yet another Constitutional amendment would have a major impact on the minimum age. The 26th Amendment lowered the minimum age to vote from 21 to 18. Many states adopted a new age of majority as a result and thus, lowered the minimum “drinking” age to 18, though some states made an exception for liquor keeping it at 21 (or in the case of North Carolina, raising the age to 21 for all alcohol).

It was during this period from 1971–1983 that studies showed injuries and fatalities from drunk driving began to rise sharply. Public attention was drawn to the issue through the efforts of activists like MADD. In 1984 the National Minimum Drinking Age Act was signed into law.

The law did not universally change the minimum drinking age; a right still left to the states, but rather threatened to cut off federal funding for highways unless enacted at the state level. Such a law has serious legal implications as a matter of constitutional law, but was upheld by the US Supreme Court in South Dakota v. Dole in 1987.

Today, the minimum legal drinking age is 21 in North Carolina, but this applies to more than just the sale or purchase of alcohol. For example, it is illegal for anyone under the age of 21 to possess or consume alcohol even in their own home with a parent or legal guardian present.

North Carolina legislators seem to be a bunch of ol’ fuddy-duddies.

In any case, the law’s impact on alcohol-related injuries and fatalities has been significant. As a Raleigh DWI attorney, I think that is a good thing. Still lots of young people find themselves charged with DWI every day. If you or someone you know has been charged with DWI in Raleigh, please give us a call at 919-832-7700. We can help.