Home Blog Mistakes Made By Police, Courts and Prosecutors Remain Secret to the Public

Raleigh Criminal Lawyer Wonders Why are Mistakes Made By Police, Courts and Prosecutors Remain Secret to the Public 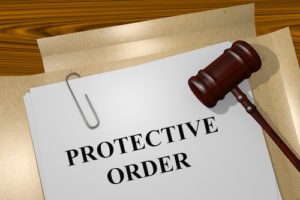 As an experienced criminal defense attorney, I know that the justice system is not flawless. Actually far from it.

Police can (and often do) make serious mistakes during an investigation. Analysts and clerks may accidentally mishandle (or completely lose) valuable evidence. In addition, prosecuting attorneys and judges might unintentionally overlook important details during a trial. While their missteps can be understood as human error, they can come at great human cost – like wrongful convictions.

Take the case of Joseph Sledge, an innocent man convicted of double murder in 1978. He was exonerated in 2015 partly because evidence that would have cleared his name was rediscovered. A county clerk recently found it misplaced on the top shelf in an evidence room; it had been deemed missing for over 30 years.

Sledge regained his freedom with the help of organizations like the North Carolina Innocence Inquiry Commission and the North Carolina Center on Actual Innocence. These groups have diligently reviewed numerous claims of innocence in the last decade, with the commission’s investigations leading to 10 exonerations, and the center’s efforts to eight.

These organizations claim that important players have not done enough to help correct errors in the criminal justice system.

This is because the commission has resisted efforts to make records of police and judiciary errors more accessible to the public. According to the News Observer:

“The commission carefully guards records it collects while investigating claims of innocence. Even when commission officials find proof of a wrongful conviction, they still insist that their documents be shielded by protective orders.”

More than one criminal defense attorney has pointed out that protective orders undermine undoing wrongful convictions. Even if rulings are overturned, keeping records secret ultimately protects the state and it’s officials rather than safeguarding against injustice in the first place.

Public knowledge for the public good

As an experienced criminal defense attorney, I believe that fixing and improving the criminal justice system is only possible if its errors are publicized for all to see. Making specific examples known will help educate the people on how the system should truly work, as well as when and why it does not. This knowledge allows for honest conversations and opportunities for improving the system that law enforcement officials have sworn to uphold and protect.

To date, legislators in North Carolina have introduced a new bill that would allow records to be protected only if there is justifiable cause to believe “someone might suffer harm, risk or embarrassment” if the records are made public. Another related bill proposes to “forbid the commission from forcing defendants to sign such protective orders.”

Until further measures to improve the system are enacted, you will need a conscientious and persistent criminal defense attorney on your side should you or someone you know be accused of a crime, or suffer a wrongful conviction.

Kurtz & Blum, PLLC can fight on your behalf. Please give us a call at 919-832-7700 to discuss your case with a knowledgeable and aggressive criminal attorney.