Home Blog Murder or Self-defense? Wait Before Making Any Judgments

Murder or Self-defense? A Raleigh Criminal Lawyer Thinks We Should Wait Before Making Any Judgments 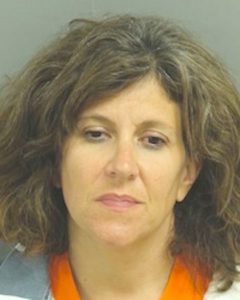 When Joanna Roberta Madonna was tried in Wake County in September, she admitted that she was the one who killed her husband. The crime allegedly happened in June 14, 2013 and resulted in the death of Madonna’s husband, Jose Manual Perez. The prosecution argued that it was a case of murder, or premeditated killing, but Madonna’s lawyer claimed it was self-defense, citing that Perez had threatened her with a gun. In circumstances where the defendant has admitted to committing a crime, a competent criminal lawyer will examine the motive to determine if this is a case of self-defense.

The trial was highly publicized, with many people following it through various news sources like The News & Observer. Madonna’s lawyer argued that the defendant should not be charged with murder due to her troubled past, proving that she has faulty decision-making skills. The prosecution contradicted the legitimacy of the defendant’s testimony by questioning why her husband’s body was dumped in a ditch near Falls Lake and why she did not call the police after committing the crime. Police found the body with at least a dozen stab wounds, and when Madonna was questioned, the officers described her to have displayed suspicious behavior. Madonna also lied about the whereabouts of her husband, claiming that he went to Florida to see a girlfriend.

Perez’s physician also testified that the victim would not have been able to attack Madonna as she described because he was of ill health. Perez allegedly had several health issues, including heart disease, arthritis, back pain, and diabetes, which made it difficult for him to walk, let alone point a gun toward the defendant and attempt to strangle her.

In the end, the jury found Joanna Madonna guilty of first degree murder and she was sentenced to life in prison without the possibility of parole. The criminal defense attorneys for Madonna have stated that they plan to appeal.