A Raleigh Attorney Discusses the New Federal Legislation on Drones 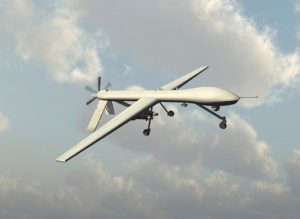 The increasingly popular use of drones has undoubtedly given people more opportunities and options for recreation. Drones, or unmanned aerial vehicles (UAVs), are also used for security and surveillance work.

The growing popularity of UAVs, however, has also given rise to different security and airspace issues. In an effort to address these issues, the Federal Aviation Administration (FAA) has recently required drone owners to have their devices registered or suffer civil and even criminal penalties.

Starting December 21 of last year, the FAA has required UAV owners to have their aircraft registered, and only have until February 19 to do so. In a statement, Anthony Foxx, U.S. Transportation Secretary said that, since unmanned aircraft enthusiasts are aviators as well, they must also practice the same responsibility to use their drones safely.

The new federal law requires that drones weighing between 0.55 and 55 pounds (including the camera or bracket it carries) are subject to mandatory registration. The registration process is fairly easy, as owners merely need to enter their name, address, and email address. From this information, the FAA will generate a unique identification number that owners must display on their drone. Owners are also required to carry digital proof of the registration, which they can easily store on their smartphones.

This action came as a response to the increasing number of drones flying near airports and aircraft. Statistics show that from December 2013 to September 2015, pilots spotted drones flying closer than 500 feet to their aircraft 241 times, and in 28 of these cases, pilots had to maneuver their aircraft to avoid collision with the device.

These issues require a lawyer to better understand this developing body of law. UAVs also present a number of potential criminal implications, such as a previous incident during the 2015 North Carolina State Fair, when a person listed on the sex offender registry was accused of flying a UAV equipped with a camera over the Fair. Investigators were at first concerned of the repercussions had the drone crashed into the ground, but after determining the person’s criminal history, they had been more concerned over the accused’s purposes of filming fairgoers.

UAV owners who fail to meet the February 19 deadline are subject to a $250,000 fine or three years of jail time. Now that interfering with airspace has become a federal offense, UAV owners might need help from a reputable Raleigh attorney for legal help.