Home Blog New Law On Medical Use of Marijuana Oil 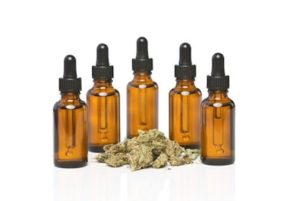 North Carolina took its first step in the movement toward recognizing the potential health benefits of marijuana by passing a proposal in June to legalize the use of cannabidiol (CBD) oil for treating epilepsy.

The Governor signed the bill into law in early July, allowing families with members suffering from seizures to register with the state in order to receive treatment. In a statement published in a June 26 WRAL report, Governor McCrory applauded the efforts of the legislature:

“This law will help ease the suffering endured by children from whom no other treatments are effective against their seizures. I want to congratulate the General Assembly for crafting a bill that not only improves the lives of many North Carolina children and their parents, but also provides common-sense regulation and facilitates clinical research at our major research universities.”

Medical experts consider CBD oil an effective and safer treatment for epileptic seizures often experienced by children. Unlike tetrahydrocannabidiol (THC), which is responsible for the euphoric “high” produced by marijuana, CBD is a non-psychoactive compound known to have therapeutic benefits. One 1977 study found that its anticonvulsant properties worked as well as the antiepileptic drugs on the market.

Despite the nearly unanimous decision in both Senate and House, it is still illegal to sell, possess or use other forms of marijuana under state law. But it is a step in the right direction toward its potential decriminalization or legalization.

While the federal Controlled Substances Act still recognizes marijuana as a Schedule I drug, which means it has no currently accepted medical use and a high potential for abuse, laws like these certainly challenge the prevailing wisdom.

In fact, the change in opinion by many medical professionals toward the use of CBD is finally beginning to gain acceptance even by those who have long opposed such treatments.

Last year in a CNN documentary entitled “Weed”, Dr. Sanjay Gupta came to the conclusion that “we have been ‘systematically misled’ on marijuana” as he publicly apologized for his negative stance on the drug’s potential benefits.

In this year’s follow up documentary, “Weed 2”, Gupta goes on to apologize again and state, “I am not backing down on medical marijuana; I am doubling down.” If you haven’t seen it, it is certainly worth watching.

In North Carolina, marijuana is classified as a Schedule VI drug and possession of less than ½ ounce is a misdemeanor punishable by a fine of less than $200 and possibly some time for community service. Anyone charged with possession of a drug should contact a reputable criminal defense lawyer.

If you or someone you know has been charged with possession of marijuana, consult an honest Raleigh criminal defense attorney with Kurtz & Blum, who can give you a fair assessment of your options. Call us today at 919-832-7700, there is no fee for your initial consultation.