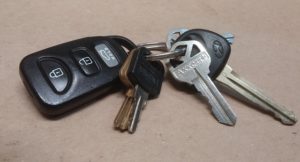 For the first time in almost 30 years, Wake County residents elected a new District Attorney last November. Since she has taken office, Lorrin Freeman, the new District Attorney for Wake County, has made some noteworthy changes to how her office will be handling cases of all kinds. Recently, adjustments were made to existing policies of dealing with certain traffic tickets. Here’s an overview of some of these new developments.

Having your license revoked for a non-alcohol offense can occur for a number of reasons, such as failing to appear in court for a traffic violation, or being convicted of speeding at a certain level. Until fairly recently, all revocations, regardless of cause, were classified as Class 1 misdemeanors. In the past, the Wake County District Attorney’s Office would not dismiss charges of non-impaired DWLR, even though it is the policy of many counties to do just that if the offender manages to show a valid driver’s license. In Wake County, showing a valid driver’s license previously meant that the charge would be modified to No Operator’s License, a moving violation that could result in further suspension of an individual’s driving privileges if they weren’t able to use a Prayer for Judgment Continued (PJC). Drivers in North Carolina only get one PJC every 3 years or two every 5 years, so if someone had used 2 PJCs in the last 60 months, they could have corrected their driving record only to lose their license all over again.

Under Wake County’s new policies, if a person had their license revoked for failure to appear or failure to pay a fine, the District Attorney’s Office will dismiss a charge of DWLR if the defendant has either gotten their license back or has made substantial progress in dealing with their outstanding charges. This means that there is a better chance that individuals can keep driving legally, without having to worry about getting a limited driving privilege or continuing to drive without a license.

Throughout counties in North Carolina, low level speeding tickets are often reduced to a moving violation known as “Improper Equipment.” A conviction of Improper Equipment will not put points on a person’s license and will not generally on its own result in any increases to car insurance rates. Under the Willoughby Administration, there was no such thing as an Improper Equipment reduction in Wake County – assistant district attorneys only had the authority to reduce speeding tickets to 20mph over the limit and below to a 9mph over the speed limit.

Now, drivers who pick up tickets in Wake County may have them reduced to an Improper Equipment if they meet certain conditions. Surprisingly, of all the changes to how traffic cases are handled, this is the one that has the highest number of hoops to jump through. Some of the conditions make sense – such as only allowing reductions to Improper Equipment if the driver has had no more than one other moving violation in the last 3 years and no more than three moving violations in the last 10 years. Improper Equipment is thus being treated as something of a reward for good driving, and that is an acceptable reason to limit the number of IE reductions that are handed out. However, the District Attorney’s office is requiring a certified driving record be provided by anyone seeking an Improper Equipment reduction – the normal driving records that law offices tend to print off as part of representation are not sufficient. While it is understandable that an assistant district attorney might need to see a driving record in order to make the decision as to whether or not to reduce a speeding ticket to Improper Equipment, requiring a certified driving record seems a bit much.

It has long been the policy of the Wake County District Attorney’s Office to require drivers under the age of 21 to attend in-person driving school in order to receive a reduction on any tickets they pick up. Under District Attorney Freeman, this policy will continue. However, should the young driver receive a second moving violation within 3 years of their first violation, the young offender must attend a more specialized driving school that includes a hands-on and behind-the-wheel component to it.

These are just a few of the changes that have been made since District Attorney Freeman assumed office earlier this year. Overall, the difference between the Willoughby Administration and the Freeman Administration has been a positive one, although more adjustments still need to be made. Wake County is one of the fastest growing metropolitan areas in the country, let alone the state, and the court system is not able to effectively keep up with the number of new cases we see day in and day out. There is nothing wrong with rolling out changes gradually; it is, after all, going to take time for everyone to get adjusted to this new policy. However, this will only make a dent in the number of traffic cases Wake County will handle before the year is out.