Home Blog North Carolina DWI Laws Are About to Get Tougher

Raleigh DWI Lawyer: North Carolina DWI Laws Are About to Get Tougher 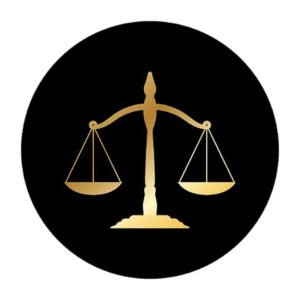 North Carolina’s DWI laws are notably among the toughest in the nation. The Tar Heel State may be a tobacco-friendly state, but when it comes to drinking and driving, your actions may land you in a whole lot of legal trouble and in need of the services of a smart Raleigh DWI attorney.

Things are only bound to get tougher for DWI offenders. The North Carolina State House recently OK’d two new laws that would impose harsher penalties for those who choose to drive while impaired.

In North Carolina, four DWI offenses in 10 years constitute a Class F felony, punishable by a mandatory one year prison sentence, which cannot be suspended. House Bill 32 aims to raise that threshold to three years. After an offender’s license is reinstated, he or she must undergo alcohol counselling, and will require an ignition interlock—which is designed to prevent the vehicle from starting if the driver has been drinking—be installed in his or her vehicle. The bill passed in a 112-2 vote and is now headed to the Senate.

House Bill 31 aims to prohibit anyone convicted of DWI from having any alcohol in his or her system when behind the wheel. Currently, the allowable blood alcohol concentration (BAC) in North Carolina is .04 percent, which is half the standard legal limit of .08. The bill passed in a 110-4 vote and will go to the state Senate.

If the two bills pass into law, North Carolina will again lead the way for the entire nation, since the growing national trend is towards stiffer DWI punishments. Law firms like Kurtz & Blum, PLLC realize these bills are designed to reverse a growing trend. For instance, 2012 saw 51,580 users check into the state’s various rehab centers. With 0.54 percent of the total population receiving substance abuse treatment, NC had higher rehab admittance rates than most other states. Meanwhile, alcohol abuse has risen by an astounding 170.1 percent in the five years prior to 2012.

DWI offenders will need to appear before a judge. For this reason, it’s best to start talking to a highly experienced Raleigh DWI lawyer as soon as possible after a DWI arrest.