Home Blog Contrary to Popular Opinion, Drinking and Driving Is Not a Crime

Contrary to Popular Opinion, Drinking and Driving Is Not a Crime 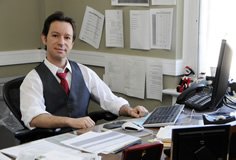 Did you know that drinking and driving is legal in North Carolina? It is only illegal to drive after consuming enough alcohol to have a blood-alcohol concentration of 0.08 or more or so much alcohol that it affects your ability to control your brain or body. In other words, if you have consumed alcohol, you are perfectly allowed to drive if blood alcohol content is less than 0.08 and you aren’t noticeably affected by it.

At or above North Carolina’s legal limit of 0.08, the state presumes you are too impaired to drive. But when you hit that point, doesn’t it logically follow that you are too impaired for rational thought? Let’s say you’re at the bar. It’s a Friday night, and you’ve had a long week at work. Your friends join you ready to blow off some steam and relax. You kick back and before long, have a couple of drinks. The time comes to head home. You’re tired and ready to go. Your friends goad you into another drink, the one that pushes you over the edge. Normally, you stay very aware about how much you drink before getting behind the wheel, but you live nearby and think you can make it easily. So you try, but a deputy catches you swerving. Before you realize what’s happening, you’re accused of DWI. The next day, you think to yourself, “Why in the world did I drive last night?”

The sad truth: A law that sets the legal limit at an alcohol concentration of 0.08 or more, penalizes people who make irrational decisions at a time when we know that their capacity for rational thought is impaired. Virtually no one charged with DWI would have consciously chosen to drive drunk if they were thinking logically. The system penalizes you for your lack of rationale thought that disappears after a few drinks.

A number of other countries have a lower legal limit. In Sweden, for instance, you can be convicted of DWI if your blood-alcohol concentration is 0.02. In other words, you cannot have a single beer without going over the limit.  This rule is strict to be sure, but it erases the problem of arresting people for failing to be responsible after they have lost all rational thought because they already had too much to drink.