Home Blog Has California has Gone to the Nut (Thieves)

California has Gone to the Nut (Thieves) 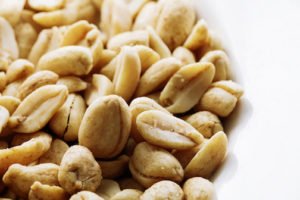 A recent surge in theft of tree nuts has left California police scratching their heads. California is the largest tree nut producer in the United States and second only to China in world production. These crimes typically are done by hacking the logistics systems and rerouting the shipments. Because of the nonviolent nature of the offense, stealing a truckload of nuts is usually a misdemeanor within the state of California but the severity of the crime may increase if the nuts are transferred out of the state.

There are a few reasons why nuts have become a popular target for thieves. First, they can’t be traced. Once the truckload is stolen, there’s no way to link any particular nut to the original owner. Second, thieves don’t have to give a large discount on stolen nuts like they would other items, like electronics. Finally, there’s a high demand for nuts. The stolen nuts are sold to small retailers, distributors and even directly to the public. Ongoing drought conditions make them even more valuable for thieves.

Since this problem has been on the rise, law enforcement officials have been trying to find a way to prevent the nut thefts and catch the alleged thieves when shipments have been stolen. They’ve had some success and have made some arrests in recent cases. There’s also a push to change this offense from a misdemeanor to a felony. Regardless of the level of the offense, anyone who has been accused of larceny or theft needs a skilled criminal lawyer on their side.

Sheriffs and local law enforcement in California are cracking down on this crime. They’ve devoted a significant amount of resources to it, which means anyone who attempts to steal a shipment of nuts in the future is more likely to be caught and arrested. Sometimes they are caught right away and other times, the trucks are tracked outside of the state. Having an attorney who understands the laws related to this offense and the experience to build a defense for a client could help a defendant avoid the serious consequences that go along with a conviction.

In North Carolina, a person convicted of the crime of Felony Larceny or Obtaining Property by False Pretenses could be sentenced to time in prison. Because these are felonies, it’s essential for a defendant to have skilled representation on their side. They need an attorney who will listen to them to learn all the facts related to the case so they can effectively advocate for their client. An experienced Raleigh criminal lawyer, who has a proven track record of helping people charged with larceny-related crimes, is the ideal choice for anyone who finds themselves in this unfortunate situation.

With this kind of legal defense team on their side, a defendant who has been accused in the theft of nuts or larceny of anything else can be confident their attorneys are working hard to ensure their rights are protected throughout the legal process. Everyone has a right to legal representation. It’s up to the state to prove whether a defendant is guilty and the role of an attorney is to do everything they can to negotiate favorable results with an Assistant District Attorney to achieve a better outcome pre-trial, or, if a case does go to a jury trial, instill reasonable doubt into the minds of the jury or judge hearing the case. Failure to meet that burden of proof means the defendant cannot be found guilty of a crime.