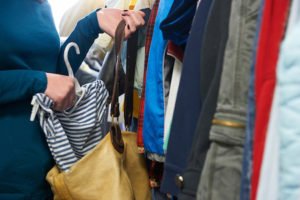 Shoplifting has plagued retail businesses for decades, but this year, it has loomed larger than ever. Authorities say shoplifters have increasingly become the engines of organized theft rings, which systematically ferry stolen goods from thieves to the “fencers” who knowingly resell them. Organized theft has also found a new niche in profiting off gift cards obtained for “returning” stolen goods.

The problem has sent Raleigh criminal attorneys, law enforcers, and storeowners looking to a new Organized Retail Theft Act. This law should make it easier to prosecute suspected ring members and deal harsher penalties on those convicted. But solving the problem might not be as easy as it appears.

Gone are the days when shoplifters or fencers resell items on the shadier corners of town. Nowadays, seemingly legitimate vendors on Craigslist, eBay, or Facebook Marketplace could be trading stolen goods to unlimited audiences. The ubiquity, and relative anonymity, of online platforms make them harder to catch, though federal officials have made a number of key arrests in recent years.

Online fencers can literally turn millions in profit, while costing legitimate retailers upwards of $30 million a year. Ultimately, these costs come to bite back consumers, since retailers try to make up for losses with higher prices.

The shoplifting wave is also linked to another widespread problem: opioids. North Carolina is home to four of the country’s most-addicted cities, and many shoplifters are said to steal goods just to get money for drugs. The scenario is not so different from addicts pilfering from over-the-counter drugstores to fuel their habits – except, in stealing highly in-demand goods, they could be operating in a wider variety of shops.

With the problem affecting public health and safety as well as business and consumer protection, crackdowns from police and prosecutors are bound to intensify.

Why you might need the help from a Raleigh criminal attorney

As law enforcement zeroes in on this issue, you might find yourself embroiled in a case of shoplifting and organized retail theft.

How would you know if you were purchasing stolen goods? What if you are a vendor and were reselling them without your knowledge? Criminal attorneys in Raleigh can help protect yourself by keeping you informed on your rights and responsibilities.

On the other hand, as law enforcement ramps up their efforts to curb organized theft, they might end up prosecuting someone as part of shoplifting ring, even if facts do not support it. Should you find yourself in this situation – or any other case of retail theft – Kurtz & Blum, PLLC can help you protect your rights and assist you with a viable defense against malicious prosecution.