Home Blog The Infamous “Party Mansion” Has Been Sold!

Raleigh Lawyer Never Got Invited to the “Party Mansion”, Now It’s Been Sold! 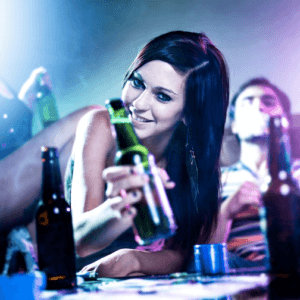 Raleigh’s infamous “Party Mansion” should be a lot quieter, now that it has a new owner.

The 15,224 square-foot gray and white manor was recently sold to a local business owner for $1 million, which is way below the original price of $2.9 million. The house got its dubious name due to the lavish and rowdy parties its former owner, Claude Verbal II, used to host. For the Wake County Superior Court, however, the late night drinking, explicit music, and illicit behavior had to stop.

Since then, Verbal has moved his parties to an even bigger space: a 22,000-square foot, $5.7 million quasi-nightclub called “The Metropolis.” What’s even more interesting, however, is how much hot water he is in at present. Prior to the sale of the Party Mansion, Verbal pleaded guilty to counts of tax fraud, healthcare fraud, and money laundering.

White-collar crimes aren’t as straightforward as typical criminal cases. The government learned this the hard way in 2010 after the U.S. Court of Appeals for the Ninth Circuit overturned the conviction of Prabhat Goyal, former chief financial officer of McAfee. The prosecution simply didn’t have adequate evidence, if any, to convict Goyal of security fraud.

New York Times columnist Peter Henning couldn’t have said it better himself. Being present at the financial crime scene doesn’t result in an automatic implication. The evidence required to prove white-collar crimes is usually fragmented and scattered all over the place. Prosecutors know this is a tough game to play.

Being implicated in a white-collar crime often leaves a stain that’s hard to remove. On the bright side, the prosecution must go to great lengths to prove it. Meanwhile, trusted Raleigh law firms like Kurtz & Blum, PLLC can put up an aggressive defense. Indeed, Goyal’s case is just one of many success stories in the history of white-collar crime defense.

To mount a successful defense, however, lawyers must also study the same pieces of evidence brought against the accused. These include both paper and electronic data, which can number by the thousands of pages. Defendants of white-collar crimes should choose a very knowledgeable attorney with experience to keep up with the intricacies of such a case and provide proper legal representation during trial.