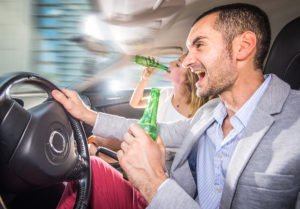 When a police officer suspects that a driver is intoxicated, he may only stop the suspect under very specific circumstances within the confines of the US Constitution. If an arresting officer conducts an unlawful stop, an unlawful arrest, or an unlawful search or seizure, any evidence against the suspect collected during the arrest may be suppressed at trial. This can and often does lead to the charges getting dropped.

In the recent appellate case of State v. Johnson, the defendant, James L Johnson moved to suppress the evidence against him when he was arrested and charged with driving while intoxicated (DWI). That night, the defendant pulled up next to an officer in a left-turn lane, with his music blaring. When the traffic light signaled ‘go,’ the defendant accelerated abrubtly, screeching his tires and fishtailing his truck as he turned into the left lane in front of him. The officer pulled over the driver, ordered him out of the truck which led to his arrest, despite having not broken any traffic laws.

When the case was heard in District Court, the judge decided in favor of the defendant on the issue of the stop. The State appealed and the case was moved on to Superior Court wherein the presiding judge upheld the stop and remanded the case. In District Court, the defendant entered a guilty plea and then appealed to Superior Court, where he again moved to suppress. Unfortunately, his motion was denied. He again entered a guilty plea and appealed to the Appellate Court, where it was unanimously ruled that the circumstances of the case did not provide enough evidence to support the arresting officers claim of reasonable suspicion.

The National Highway Traffic Safety Administration listed 24 different driver actions that constitute reasonable suspicion and the N.C. Court of Appeals recognizes all of these as possible signs of a DWI. These driver actions are as follows:

Raleigh DUI attorney to the rescue

If you have been charged with DWI and you believe the circumstances surrounding your arrest do not merit the charge, consult with a DWI lawyer with Kurtz & Blum, PLLC for the best advice on your particular situation.