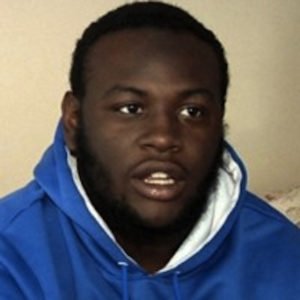 DeShawn Currie’s recent experience is among the latest incidents of racial prejudice in the justice system. The 18-year-old from Fuquay-Varina was arrested upon arriving home after police responded to a call of a break-in. Despite Currie’s insistence that he lives at that address, the police construed his presence as burglary and responded with pepper spray as they found it unusual for him to be in a predominantly white household. According to the Huffington Post:

The cops said they pepper-sprayed the teen after he became “threatening” and “belligerent.”

Currie said officers pointed out pictures of his white foster siblings as proof he did not belong in the house.

Fortunately, no charges were filed, following a dialogue between Currie’s foster parents and the Fuquay-Varina Police Department. Nevertheless, for Currie, the damage has been done.

Regardless of what you’ve read or heard, this isn’t post-racial America. If the recent string of racial injustices is any indication, that version of America remains a dream for many.

Various cities including Durham, NC have recently required police to put search consents in writing. That being said, the threat of racially motivated arrests hangs in the air. There’s another reason to be concerned.

According to Adoption USA, the Health and Human Services’ chart book on adoption, 28 percent of adopted children entered transracial foster care in 2007. Six out of ten foster parents were non-Hispanic whites, which the Census defines as white Americans. If the transracial adoption trend will increase, then these foster children may face the risk of racially motivated arrests.

A reputable Raleigh lawyer desires nothing but a speedy and fair trial for clients, which is also the right of every human being. Whatever the case involves, such an experienced lawyer can point out the wrongs within such accusations.

We believe that any compassionate criminal defense attorney in Raleigh, NC would agree that all citizens should be treated equally in the eyes of the law. While it is part of life that police will sometimes simply make mistakes, we feel it is our duty to ensure that those charged with a crime not be subjected to racial bias. It’s an important step if we are going to realize a true post-racial America.