Home Blog The Potential Dangers of Increasing UAV Use

Raleigh Criminal Lawyer: The Potential Dangers of Increasing UAV Use 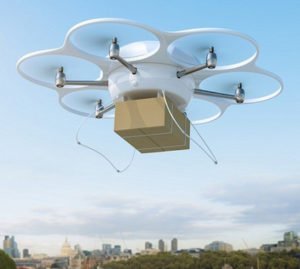 Crime is inherently a cat-and-mouse affair. Whenever the authorities believe that they’ve effectively prevented a crime from ever happening again, crooks just find a new way to continue their dastardly acts. There’s no doubt that criminals today are becoming more brazen, more cunning, and more creative. Take for example, the attempt of two people to smuggle contraband into a South Carolina prison by using, of all things, an unmanned aerial vehicle:

A drone carrying cellphones, marijuana and other contraband into a South Carolina maximum-security prison never made it inside the 12-foot-high razor wire fence, and authorities said Wednesday they are looking for one of two people accused in connection with trying to sneak it in.

The search has been ongoing since April 21, when officials found a small, crashed drone in bushes outside the walls of Lee Correctional Institution in Bishopville, according to Corrections Department spokeswoman Stephanie Givens. At the site, Givens said that officers also found materials that inmates aren’t supposed to have, including the phones, tobacco products, marijuana and synthetic marijuana. One person has been arrested.

“The technology gets better and better, and we have to figure out how to fight that,” Givens said.

Unmanned aerial vehicles, or UAVs, have been steadily growing in popularity, thanks to their wide array of applications. In a past article, distinguished Raleigh criminal lawyer Howard Kurtz discussed how law enforcement agencies are warming up to the technology as well. Perhaps we’ll see an in-flight UAV skirmish between law enforcers and criminals in the near future? That would definitely be a sight to see.

Nevertheless, although it’s a given that UAV use by the public needs to be curbed in order to prevent crimes such as the one described above, law enforcement use of UAVs needs to be restricted and monitored as well. Aside from the issue of privacy, the potential danger of UAVs causing property damage or personal injury necessitates the application of existing laws and the opportunity for new legislation to be crafted on the matter.

If you believe that a UAV used by law enforcement has violated your rights in one way or another, don’t hesitate to call a trusted Raleigh criminal attorney such as those at Kurtz & Blum, PLLC. It’s important to your future that you talk to a lawyer who knows how to help you. You owe it to yourself to contact one as soon as possible.