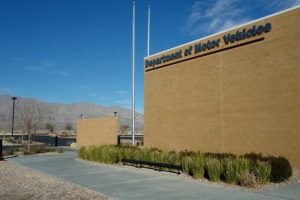 An article on the News Observer website dated February 18, 2014 tackles the issue of discrimination against motorists with disabilities. The article notes that advocates of North Carolina’s physically impaired motorists have taken legal action against the Department of Motor Vehicles in response to certain policies:

The complaint said DMV improperly applies its Medical Evaluation Program – meant to identify drivers with medical problems that might cause them to crash – to drivers who are capable and safe, but have a physical disability. The complaint said the practice is based on stereotypes about people with disabilities, and it serves as a surcharge on those drivers, who must spend extra time and money proving they don’t pose a risk.

Such treatment is a violation of the federal Americans with Disabilities Act and the Rehabilitation Act, the suit said.

“We can’t sit by and allow the DMV to stereotype and demean North Carolina drivers with disabilities,” said Vicki Smith, executive director of Disability Rights NC. “We are taking this action to protect and promote the dignity of these individuals and all individuals with disabilities, and to enforce the right to be free from discrimination on account of their disability.”

It is surprising that in 2014, we still need lawsuits like this to draw attention to the rights of the oppressed.  Advocates argue that it is unfair for the DMV to impose any restrictions on people with disabilities who have not been previously been involved in a medical-related vehicle accident.

The Medical Review Program administered by the DMV was originally designed to identify drivers who pose a legitimate risk to themselves and the public. While the DMV has the responsibility to ensure our roads are safe they should not be making assumptions simply based upon a person’s physical disabilities without proper cause.

The burden placed upon these individuals is a form of institutional discrimination and the examples in the article indicate a clear case of another taxpayer funded institution run amuck. Once an individual is placed into the Program, their rights become severely limited.

People with disabilities have enough problems without the additional burdens placed upon them by the state without cause. Anyone who finds themselves subjected to a DMV Medical Review Hearing should seek the counsel of a capable Raleigh lawyer to ensure that their rights as motorists and citizens are protected.

If you or someone you know finds themselves in this position, you can turn to one of the trusted Raleigh law firms like Kurtz & Blum, PLLC to represent you and defend your basic rights.