Home Blog Questionable Use of Deadly Force by Police

Use of Deadly Force by Police 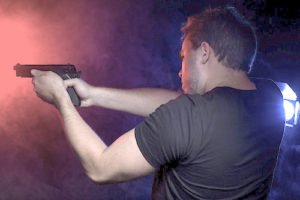 The police’s account of that night was that there was party where underage drinking was happening. Gun shots were heard and because a car of teenagers was driving towards the police in reverse, “in an aggressive manner,” Officer Roy Oliver opened fire.

Jordan died after being shot in the back of the head.

Monday comes and the Texas police department changed its story. After watching the body cam video, Police Chief Jonathan Haber said that he “unintentionally [was] incorrect when [he] said that vehicle was backing down the road.”

The police department press release noted that the vehicle pulled forward while the officer continued to approach the vehicle. It was then that the police officer shot into the vehicle, killing Jordan Edwards. Officer Roy Oliver was fired for his actions.

The investigation is ongoing and no arrests have been made.

As a Raleigh criminal defense attorney, I’d like to share that under North Carolina law, a law enforcement officer is justified in using deadly physical force upon another person if it is reasonably necessary to:

In addition to North Carolina law, police departments statewide have policies in place that further regulate and restrict when a police officer can use deadly force.

The death of Jordan Edwards is awful and unacceptable for many reasons.

First, the life of a young black youth was cut way too short. Second, his death is not an outlier. Jordan Edwards joins Tamir Rice, Eric Garner, Oscar Grant, and many others.

Third, in spite of having body cam video, a false narrative was presented by someone and adopted by others. They were quick to support the officer’s actions.

Lastly, the wheels of justice turn slowly but even slower for others. Had this shooting been committed by someone other than a police officer, surely he would have been immediately arrested.

Instead, Officer Roy Oliver was arrested on Friday, May 5, six days after the death of Jordan Edwards.