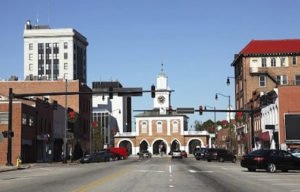 You have the right to refuse or consent to a search. Just sign here.

Durham recently joined the ranks of several North Carolina towns and cities in requiring police to put consent searches in writing. The decision by the city council came in response to racially motivated arrests, which have widened the rift between police and the community for years. Consent forms stood out among 34 recommendations put forward by the city’s Human Relations Commission.

Durham is the second city to require consent forms. Fayetteville pioneered this method in 2012 under similar circumstances. Other areas considering this approach include Charlotte, Greensboro, Asheville, Winston-Salem, and Wilmington. Unlike Fayetteville and Durham, however, these cities do not require police to comply with this method.

Drugs often enter the picture when talking about racially biased arrests. According to a report by the American Civil Liberties Union, African Americans were 3.73 times more likely to be arrested for pot possession than whites. This has been observed in almost all counties of more than 30,000 people, of which at least 2 percent are African Americans.

Although the state has yet to legalize pot (legalizing cannabis oil is as close as it’ll get for now), you don’t need to read up on the Constitution to know that racial arrests are wrong. The Fourth Amendment is very clear on this. The right to be secure in houses and effects, which include the car, shall not be violated.

Needless to say, consent forms won’t be replacing search and arrest warrants anytime soon. Police can still pull you over if they have probable cause to do so. Blatant traffic violations could give them cause to stop you, whether or not they have consent forms in hand. You can refuse a search in this case, but it’ll have to be in writing.

If you believe you’ve been unlawfully detained, be it on the basis of race or any other incriminating reason, a professional Raleigh lawyer from a firm like Kurtz & Blum, PLLC can help you out. With years of experience serving as lawyers in public service, they’re more than qualified to handle cases that threaten the well-being of a citizen.

Always count on an experienced attorney in Raleigh, NC to have your best interests at heart while defending you. As an American citizen, you deserve the right to undergo due process, even if it’s just a simple traffic violation. Prejudice cannot replace Lady Justice as the universal arbitrator.