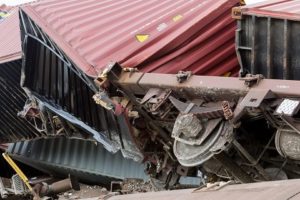 There seems to be plenty of accidents involving trains recently. Last March in North Carolina, an Amtrak train crashed into a tractor-trailer that was stuck in the railroad crossing tracks. The truck driver was trying to make a left-hand turn onto a Halifax highway but failed to navigate the crossing. He was also unable to back away from the tracks since other cars have already stopped behind him.

When the driver saw the approaching train, he abandoned the truck to save his life, but several Amtrak passengers got caught in the collision and suffered injuries. More than 53 passengers were injured in total, and investigation is still ongoing to determine if the train went above the authorized speed. An experienced Raleigh personal injury lawyer can discuss more about these types of accidents and the possible cases or legal issues that could arise.

In the Wake of and Preceding Other Train Accidents

The Amtrak crash in NC, which fortunately had no fatalities, happened just about a month after two separate deadly train accidents in New York and California. Seven people died in those incidents, with around 30 people injured. More recently in May, another Amtrak accident happened – this time in Philadelphia – which injured more than 200 passengers and killed at least 7. Authorities are investigating speed limit violations, which means there might have been negligence on the part of the professionals operating the trains or managing Amtrak.

Anyone injured in a train crash or derailment – including employees of the railroad maintenance company or train operator, locomotive passengers, or pedestrians and people in other vehicles on site – can make claims from the insurance company of the at-fault party. If the injuries are severe, the insurance company is not cooperating, or the details surrounding the accident are complicated, injured parties may have grounds to pursue a case in court.

It is important to note that not everyone injured or affected by a train crash could file a personal injury case, but they have to make sure that they seek proper medical treatment for their injuries and they follow the right legal procedures. The proceedings (plus the stakes) will also be dependent on how extensive or serious the injuries are and how expensive the claim will be. These technical aspects of a case and any other details are unique to each entity. A personal injury lawyer in Raleigh, NC with Kurtz & Blum, PLLC would be happy to help you determine if you have a case and how you should proceed.