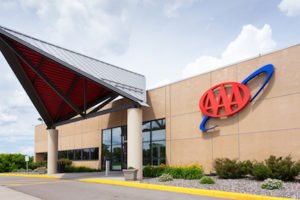 With many states becoming more lenient and legalizing medical use and even recreational use of cannabis, state lawmakers have been proposing changes to decriminalize its use. One major concern that both proponents and opponents share is the effect of cannabis on driver performance and traffic safety.

Medical experts recognize the cognitive and psychomotor effects of marijuana use, and that such use may present some risk in impairing a driver or deteriorating their driving performance. As a DWI lawyer, I would say the problem that both the scientific community and law enforcement agencies face is accurately measuring marijuana’s impact on a motorist’s driving ability.

Cases of Marijuana DWIs Have More than Doubled

A study conducted by the AAA Foundation for Traffic Safety found that fatal crashes involving marijuana than doubled in Washington state after the state legalized marijuana for recreational use. In North Carolina, a driver will be found guilty of driving under the influence of marijuana once they yield a THC blood concentration of 5.00mg or higher within two hours of driving.

They pointed out that marijuana affects different people in different ways, with some having no motor skill deficits, despite recently consuming high levels of marijuana. It’s also difficult to have an accurate measurement of a person’s THC levels, since it can have a long residual chemical presence.

Alcohol and Marijuana: How They Affect the Brain

Alcohol and marijuana affect the brain in very different ways. According to Dr. Kevin Hill from McLean Hospital and Harvard Medical School, drivers who consume too much alcohol are more likely to commit “errors of omission,” like not checking their rearview mirror, while those who used marijuana tend to make “errors of commission,” like driving too slow.

Unlike alcohol, scientists have yet to determine an effective way of detecting active marijuana concentration levels, along with establishing a specific level that signifies or defines actual impairment.