Home Blog The Role of a Lawyer in Workplace Injury Cases 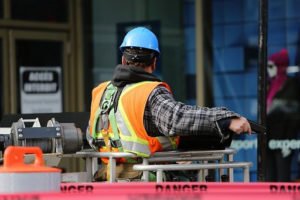 Workplace injuries would be a lot more common if there weren’t well-thought-out safety regulations in place that are rigorously enforced by the government. However, safety standards aren’t set in stone – in order to be as effective as possible, they need to be reviewed regularly.

The State of North Carolina has a State Advisory Council on Occupational Safety and Health, composed of representatives from various labor sectors. Longtime NC Labor Commissioner Cherie Berry presides over the body, which is supposed to meet at least twice a year to discuss health and safety standards. This council has not met in at least five years.

The cessation of meetings started in 2010, when North Carolina went through certain budget constraints. Instead of the meetings, reports were regularly mailed to the representatives, but this development has called into question the efficiency of the state in ensuring the safety of workers.

Through this remission, it’s mainly the workers that are put in at risk. They may not be getting optimal workplace safety conditions because of the lack of regulations or the inefficiencies in enforcing them, exposing them to greater risks of injuries. A skilled Raleigh personal injury lawyer takes the role of protecting these workers’ rights when they do suffer injuries or even death in the workplace because of the negligence of their employer.

Some Fatalities Are Unreported

The state had 44 work-related deaths in 2014. This number was about double the 23 incidents in 2013. However, this count (and others made in the last decade) reportedly does not include dozens of other incidents, or cases on which investigations were not performed. The most affected industries are construction and manufacturing, with construction accounting for nearly half of the reported fatalities.

Some Companies Were Not Fined or Properly Penalized

In many of these accidents and in other workplace injuries, there may have been some negligence on the part of employers. Employers might have failed to provide ample training before deploying workers in the field, or they may have neglected to conduct the necessary inspection of sites and equipment for potential hazards. Additionally, although lapses in complying with safety regulations have been identified, many erring companies were given fines that were relatively small which might not compel them to adopt the necessary corrective actions.

An experienced Raleigh personal injury attorney at Kurtz & Blum, PLLC can help when you or a loved one becomes a victim of workplace accidents. The lawyer will inform you of your rights, and help you investigate the factors surrounding the incident to seek sufficient compensation from the liable parties.