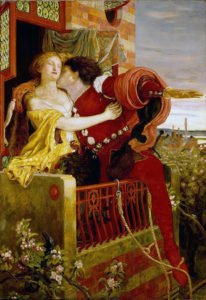 Teenagers the world over make terrible decisions every day; bad decisions like not doing homework, texting while driving and who they date, and with whom they engage in sexual activity. Many will say, what’s the big deal?

Kids will be kids and everyone makes dumb decisions when they are young.

Well, the “big deal” emerges when teenage activities cross the line into the criminal realm, and they may not even be aware of the possible consequences. All states have laws on the books to criminalize sexual conduct that is offensive and against the will of the victim.

Everyone would agree that is it not acceptable to rape another person, or to have sex with an underage child (who, by definition, is not capable of giving consent). However, a major issue arises when teenagers engage in sexual behavior that, but for the age of those involved, would ordinarily be deemed consensual.

This “Romeo and Juliet” problem has caused a great number of individuals to face sex crime charges in recent years as laws struggle to adapt and keep up with technology. We’ve all heard a horror story or two about a 16-year-old boy and 15-year-old girl who were dating had sex, and then the boy got charged with statutory rape when the girl’s parents found out she was having sex.

Thankfully, North Carolina’s sex offense statutes do attempt to limit the “Romeo and Juliet” scenario by specifying and limiting the targeted offensive conduct.

Similar age limitations are found in many of the various statutory rape provisions in the North Carolina General Statutes. However, there are no age specifications for a charge of forcible rape. For forcible rape, the State must show that the defendant engaged in vaginal intercourse with another person “by force and against the will of the other person.”

So, under these forcible rape statutes, it doesn’t matter how old the defendant or victim are, or their age relative to each other.

Another teenage behavior that is rapidly becoming a hot topic is that of “sexting,” where one person takes a racy selfie and then sends it to another person.

In North Carolina, the law says you have to be over the age of 18 to disseminate sexually explicit material. However, when teenagers engage in this behavior, it crosses the line into laws aimed at preventing the spread of child pornography.

The statute at issue says that a person is guilty of First degree sexual exploitation of a minor if, knowing the character or content of the material or performance, he or she “Uses, employs, induces, coerces, encourages, or facilitates a minor to engage in or assist others to engage in sexual activity for a live performance or for the purpose of producing material that contains a visual representation depicting this activity; … (N.C.G.S. § 14-190.16)

A very recent example of this exact scenario took place in 2015 in Fayetteville, NC, where a high school football star, age 16, took a nude photo of himself, and texted it to his girlfriend, also 16 years old. The boy also possessed on his phone a sexually explicit photo of the same girl. They were charged with sexually exploiting themselves…being both the defendant AND the victim.

This may seem crazy, but it does happen, and it is important that should you find a competent, experienced attorney to walk you through the criminal justice process, which can be scary and overwhelming.

Sex offenses in North Carolina carry heavy consequences, like a lengthy prison sentence followed by five years of probation and having to register as a sex offender for a minimum of 10 years to the remainder of your life.

Call the experienced sex crimes attorneys at Kurtz & Blum, PLLC today at 919-832-7700 for a free consultation and evaluation of your case.