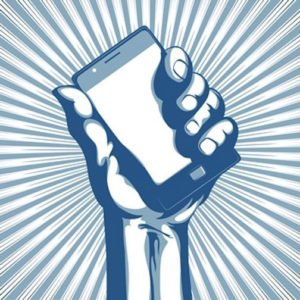 In a recent landmark decision of Riley v. California, sthe U.S. Supreme Court unanimously ruled that personal cell phone searches are beyond the reach of law enforcement without a warrant. The ruling has been hailed as a major victory by privacy rights advocates and those of us at Kurtz & Blum, PLLC support this decision 1000%.

Michael Doyle reports on the decision for the News & Observer:

“In an emphatic decision, the court said smartphones must be screened off from warrantless searches because of their vast information capacity. The ruling distinguishes smartphones and their ilk from objects like wallets and purses, which law enforcement routinely search.

“Cell phones differ in both a qualitative and quantitative sense from other objects that might be kept on an arrestee’s person,” Chief Justice John Roberts, Jr., wrote. “

The Fourth Amendment to the U.S. Constitution gives citizens the right “to be secure in their persons, houses, papers, and effects” and protects them against unreasonable searches and seizures. It is one of the foundations of the pursuit of liberty while living in the United States and was developed in response to the colonial writs of assistance, which allowed British troops and tax collectors to search residences at whim.

In an era where it seems that Big Brother continues to erode our rights to privacy, this ruling stands as testament to the principles enumerated in the Constitution by our fore fathers.

Until this ruling, police officers were able to browse the private digital information found on the mobile phone of an arrested individual without a warrant. The high court likened this searching the individual’s home, but found it potentially more invasive.

In one of the cases brought before the court David Riley of California was pulled over for driving with an expired registration plate, and was later found to possess a suspended license. His car was impounded and the contents of his mobile phone searched. The contents provided additional incriminating evidence that Riley was a member of a notorious gang and ultimately resulted in a harsher sentence.

The ruling does not mean that the contents are off limits completely, just that officials are required to show probable cause and must wait for a magistrate (judge) to issue a proper warrant. There are also a few exceptions where exigent circumstances might excuse the warrantless search of a cell phone, but such circumstances will be highly scrutinized to ensure they comply with the law.

When the time comes you must speak with an experienced Raleigh lawyer, give us a call at 919-832-7700 and get the answers you need to make a smart decision.