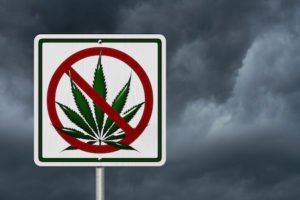 Over the years, law enforcement officials have intensified efforts to crack down on individuals driving while impaired (DWI) by relying on Drug Recognition Experts (DRE). Police officers who become certified DREs evaluate drivers suspected of being impaired by drugs by applying a 12-step process; aside from impairment, their skillset supposedly lets them identify the type of drug as well.

The DRE program means well and counties across North Carolina welcome these trained officers to boost road safety. However, recent incidents have called its credibility into question.

A few prominent cases that shed doubt on DREs occurred in Georgia, where investigative journalists revealed that a DRE from Cobb County, police officer T.T. Carroll, had arrested at least three drivers while they were sober.

At each arrest, Carroll did not finish the 12-step process that would thoroughly assess a person’s physiological state. (While an officer can make an arrest without fulfilling all 12 steps, it is standard protocol for all 12 to be completed.) Dashcam footage and transcripts also suggest a negligent attitude at the scene.

More importantly, each individual arrested tested negative for illegal substances. Clean toxicology screenings led to the cases against them being dismissed – but not after they had to endure months’ worth of expenses and unwarranted jail time.

Carroll was awarded for making 90 DUI (as it’s called in Georgia) arrests in 2016. Katelyn Ebner, one of the people he wrongfully arrested, said: “I’m not saying all those people he arrested were innocent, but three of them were, and no one is doing anything about it.”

And that’s a serious issue for anyone caught by a zealous DRE officer.

What if the same injustice happens while your cruising the streets of Raleigh? An experienced DWI lawyer should be on your side from the moment of your arrest to ensure your rights are protected. A good DWI lawyer might not only clear your name, but could help call attention to a system and training program in need of improvement.

The problem with DREs is that their training programs are managed by imperfect organizations, such as the International Association of Chiefs of Police (IACP) with support from the National Traffic Safety Administration (NTSA) of the U.S. Department of Transportation. These individuals often get their jobs wrong more than we’d like to think.

It is not beyond reason that officers and departments looking for recognition and financial support put inadequately trained officers in the field to bolster figures for arrest and performance.

The DWI attorneys at Kurtz & Blum, PLLC believe that no one should become a statistic for someone else’s success. If you ever need a DWI lawyer to defend yourself against errant DREs, call us at 919-832-7700 and we will do our best to get you the best possible outcome.