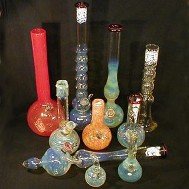 The Losing Battle in the War on Drugs

People who have found themselves charged with drug related offenses are among the most common clients we see here at Kurtz & Blum, PLLC. Although some individuals we represent are charged with serious drug trafficking offenses, our drug clients usually end up at our office because they were found in possession of either drug paraphernalia or a small amount of an illicit substance for personal use. Unfortunately, these small-time drug offenders can find themselves prosecuted for their private behavior. The cost to the offender and to the criminal justice system often far outweighs the actual severity of the offense itself.

U.S. Attorney General Eric Holder favors a new approach to dealing with drug related offenses, one which allows judges to have more flexibility when sentencing low level drug offenders. The U.S. Justice Department has begun to take steps to change the way it handles drug crime. Previously at the federal level, all drug crimes were subject to mandatory minimum sentencing guidelines, which gave judges very little discretion in dealing with drug offenders. Now, federal nonviolent drug offenders with no significant criminal histories or ties to criminal cartels can be sentenced at the discretion of the judge. This new policy, known as the “Smart on Crime” Initiative, seeks to reduce the stress on the federal system of dealing with nonviolent drug offenders. As he recently addressed a meeting of the American Bar Association in San Francisco, Holder said, “We need to ensure that incarceration is used to punish, deter and rehabilitate — not merely to convict, warehouse and forget.” Instead of imposing draconian punishments that include mandatory jail time, judges have the ability to give lighter sentences for less serious drug offenses.

Such a change can and should be made at the state level. A movement towards “community corrections” – sentencing solutions that do not require lengthy stays behind bars – could be very beneficial for the state of North Carolina. For the 2011 fiscal year, it cost an average of $76.02 per day or $27,747 per year to incarcerate an inmate in a North Carolina prison. It costs more than $1 billion each year to fund the North Carolina Department of Corrections. That doesn’t cover the cost of prosecuting offenders or even investigating crimes – that is the amount it takes to deal with convicted offenders. Considering that the annual budget for the state of North Carolina in the 2011 fiscal year was just under $20 billion, $1 billion seems like a rather steep price to keep offenders locked up. When you consider the potential savings of community corrections, the trend of locking up nonviolent drug offenders seems even more ludicrous. The cost to maintain someone on supervised probation in 2011 was an average of $3.57 per day, or a mere $1,303 per year.

And of course, much of the burden of dealing with drug offenses could be mitigated if lawmakers were to decriminalize the possession of drugs, especially pot. Without a doubt, there are offenses where community corrections would not be an appropriate solution. People found guilty of violent crimes, for example, are generally best kept in prison. Yet there is very little reason to continue to vigorously prosecute low-level drug crimes. America’s “War on Drugs” has been ongoing for more than 40 years, but if you look at the numbers of people sitting in Wake County courtrooms for drug charges, it seems like the drugs are winning.  Nothing – not crackdowns on distributors in other countries, not aggressive border patrols, not threatening drug users with jail time – seems to have worked to stop the desire for people to use illicit substances.

Slowly but surely, the national opinion about drug use has changed. Psychiatric researchers are beginning to explore the use of LSD to treat post-traumatic stress disorder, and the medical use of cannabis is becoming more widespread and accepted. Dr. Sanjay Gupta, a neurosurgeon and media personality for health-related issues, recently changed his stance about medical marijuana and now supports its use. Colorado and Washington state have legalized the non-medical use of cannabis.

It’s time that we recognize that our current drug policies are not working, and that we require creative solutions outside of the criminal justice system to deal with the issue of illicit drug use. Until that day, the attorneys of Kurtz & Blum, PLLC will be here if you need us.