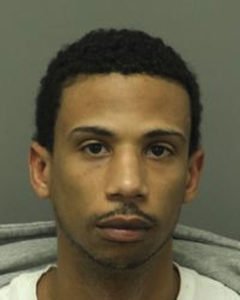 Sometimes, a tracking device may be attached to the offender to better monitor his/her activities. GPS systems that are worn on the offender’s ankle are commonly used. This is usually done for high-risk offenders or those with serious criminal histories. Some offenders may also be prohibited from going to certain places, especially when they might repeat their crime/s in those areas.

As a veteran criminal defense attorney, I have heard more than my share of stories of criminal offenders who make poor choices, but whenever I think I’ve heard everything, a story like this one comes along.

So, if a parolee is wearing a GPS monitoring device, it would obviously be a bad idea to go on a crime spree, right?

But that’s exactly what happened to Edward Cooper Outlaw. The 31-year-old was released on parole last September 22 (after prison time for gun possession) with a GPS-linked ankle monitor. The data from the device later became part of the investigation by a Raleigh police officer, which began after a break-in occurred in December.

A series of burglaries in different parts of the city followed that December incident, and about half a million dollars’ worth of trucks, truck parts and equipment, and gasoline were taken from different businesses. When the Raleigh police officer got wind that their main suspect, Outlaw, was a parolee, he got the GPS data and linked Outlaw to the locations of the crimes. With a search warrant, the police officer found a bolt cutter and other power and hand tools in Outlaw’s home, which were determined as the main equipment used during the break-ins.

Of course, you are entitled to due process in spite of your offenses and the existence of any incriminating evidence. A skilled Raleigh criminal defense attorney with Kurtz & Blum, PLLC will walk you through the whole process even if you’re facing the toughest situations. Defense lawyers will also be straightforward in educating you while ensuring that we provide advice to get the best outcome possible in your case.