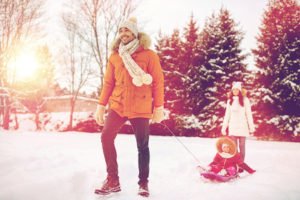 Family can be a fluid concept. Parents may get separated or divorced, and children can be shuffled around between different sets of parents. Some parents can remarry and children can find themselves brought into a new family with a stepparent. A child may not initially feel comfortable with the idea of a stepparent, but over time many children grow to embrace the stepparent as their own. Likewise, a stepparent can become just as close to a stepchild as they would their own children.

So what does the law in North Carolina say about stepparent adoption?

As an adoption attorney in Raleigh, NC, let’s explore this together.

The law recognizes the increasing bond that can develop between stepparent and stepchild. In North Carolina stepparents may adopt their stepchildren. This is not unusual. In fact, nearly anyone can adopt anyone else, adult or child, in North Carolina as long as he or she does so according to statute. Normally an adoption severs the parent-child connection so that there is no legally recognized relationship between the adopted child and his or her biological parents.

The law on stepparent adoption, however, preserves the parent-child relationship between a parent and child when that parent’s new spouse adopts his or her child as a stepparent. This makes sense, since it would be really bizarre and unjust if adopting your spouse’s child from a former relationship meant severing the legal bond between your spouse and their child.

The process of adopting as a stepparent is quite similar to adoption in general. A stepparent can file for adoption if the parent spouse has legal and physical custody of the child, and the child has resided primarily with this parent and the stepparent during the six months before filing the adoption petition.

Adoption in general, and stepparent adoption in particular, has very particular requirements when it comes to consent. This is because consent to adoption means the legal termination of a parent child relationship and the beginning of a new relationship. For this reason in stepparent adoption you must get the consent of both biological parents of the child, any guardian of the child, and the child to be adopted if he or she is twelve years old or more.

Consent must be in writing and must contain very specific statements that recognize the gravity of the adoption process. If the child is a minor or an infant in utero the consent may be revoked in writing within seven days. Consent may be revoked later if you can prove that it was not freely given (by showing fraud, for example).

If you follow the proper procedures the clerk of court in your county courthouse can grant the adoption. When the adoption is granted you, as stepparent, legally become the parent of the adopted child. That child then has every legal right as if he or she were biologically your child. For example, adopted children can inherit from their adoptive parents and vice versa.

Stepparent adoption can be a great way to bring a family together. It can, however, be a difficult process fraught with procedural complications. Speak with an experienced Raleigh family attorney to help you with your stepparent adoption.