Washington DC PD Study on the Use of Police Body Cameras 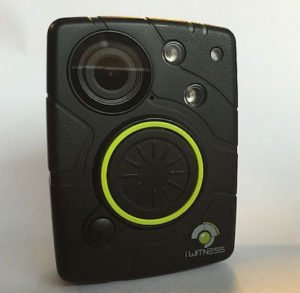 A study led by Washington D.C.’s Metropolitan Police Department shows that body cameras on police officers have not had “any statistically significant effect” on law enforcement officials use of force or citizen complaints.

The results are bound to reopen debates about the policy, which was believed could help improve police procedures around the country and possibly curb abuse.

The use of police body cameras has always come with questions. When cities nationwide began deploying them as the problem of police brutality exploded in 2015, many were quick to point out concerns like costs, rules on who will wear them and when, as well as who will have access to the videos.

The last point has been particularly contentious in North Carolina, where current laws hold that footage from police body cameras are not part of public records. Parties interested in seeing them – such as the lawyers or families of individuals captured on camera – need a court order for access.

“What’s the purpose of having body cameras if police aren’t required to disclose the footage?” critics have asked. With the recent study from Washington D.C., the questions are only bound to increase.

Kurtz & Blum, PLLC, strongly believes that body cameras are extremely useful. Despite the study results implying that the cameras did not immediately influence officer behavior, it is likely that as officers become subject to discipline for misconduct captured on video, their conduct will improve over time. Body camera videos also provide attorneys and the court with evidence of substantial integrity as opposed to the mere subjective, naked statements of police officer witnesses.

Perhaps it is unsurprising that a study conducted by a police department found that there was little benefit to the cameras. Police unions have opposed body cams for years. We still await a neutrally performed study that investigates all the indirect consequences and benefits of police worn body cameras.

If officers do not change their behavior even as they wear body cameras, they can still overstep their use of force and conduct shoddy investigations.

If you or someone you know has been arrested for a crime, and think that the police committed errors or abuses at any stage of the process, you should discuss what happened with your criminal defense attorney. A lawyer with Kurtz & Blum, PLLC will help assess the sequence of events surrounding your encounter with the law, clarify your rights, and advocate on your behalf.