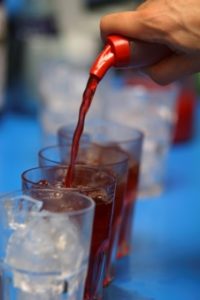 Crime is seasonal. While almost all charges will appear throughout the year, many charges are more prevalent during some months than others. Driving while impaired, for instance, we see most often from mid-November until the beginning of January, as people end up having one too many at the office holiday party. We also see an increase in misdemeanor larceny cases around the holidays because of the gift-giving tradition. With the increase in temperatures here in North Carolina, it seemed like an opportune moment to discuss some common offenses we see in the summer months and to offer some tips on how to avoid finding yourself charged.

Downtown Raleigh’s lack of public restroom facilities can be thanked for the first of our summer criminal offenses – public urination. Urinating (or defecating) in public is a violation of Raleigh City Code, and is a Class 3 misdemeanor. When the bars close at 2:00am, the most readily available restrooms close with them and weekend celebrants find themselves walking home or to their cars with full bladders. While it can be hard to deny nature’s call under these circumstances, finding a quiet spot where you can relieve yourself might not always go unnoticed by the authorities. Barhoppers should be aware that it can be next to impossible to find an open restroom in the city after the party scene winds down, and should make sure that they take the opportunity to empty their bladder before making their way home.

Many bars and restaurants in Raleigh boast outdoor seating in the warmer months, and many patrons like to take advantage of such amenities when the weather is nice. However, there is a danger for those who wish to relax outside with a beer or mixed drink: the possibility of picking up an open container charge. As with public urination, having an open container of alcohol on the sidewalk violates Raleigh City Code and is a Class 3 misdemeanor. Before enjoying your beverage outside, ask a server or bartender where the establishment’s patio boundaries begin and end – each facility should have authorized area where patrons are allowed to consume alcohol without penalty. Even stepping a foot outside of a restaurant’s designated patio area can lead to a ticket if you have a drink in your hand.

The above offenses have a thread in common: drinking alcohol. And too much alcohol consumption can also lead to our final warm-weather charge – intoxicated and disruptive. Unlike public urination or open container on the sidewalk, the charge of intoxicated and disruptive is a violation of North Carolina state law [N.C.G.S. § 14-444]. As with the Raleigh City Code violations, however, the charge of intoxicated and disrupted is also a Class 3 misdemeanor. This charge spikes in the summer months because warm weather makes it more likely for people to wander the streets after a night on the town. Most often, we see people charged with this crime when they get into shouting matches or physical confrontations in public after a night of drinking. This charge can best be avoided by using common calming exercises, such as counting to 10. If other parties are harassing you on the street, don’t confront them! It is better to call the police if you feel threatened rather than take matters into your own hands. North Carolina does not prohibit public intoxication by itself, but if you engage in disruptive behavior such as fighting when you have been drinking, you could easily end up with a citation for this charge.

We here at Kurtz & Blum, PLLC wish everyone a Happy Memorial Day. Be safe, have fun, and don’t do anything that would require a need to visit us next Tuesday.