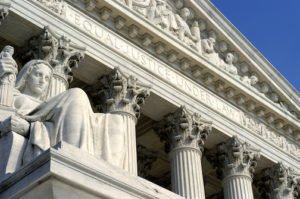 In the summer of 2016, the Supreme Court settled the matter of whether or not a law enforcement officer has the right to collect a blood sample without consent from an individual suspected of driving under the influence. While breath tests remain authorized tools for assessing the condition of the driver, a warrant is now necessary before any attempts to compel blood from the driver can take place.

In a decision that was 7 to 1 in favor of requiring a warrant for blood collection and testing, the Court preserved the right of law enforcement officers to request that the driver take a Breathalyzer test. Other forms of assessing the condition of the driver, such as observing speech patterns, driver behaviors and having the driver attempt standardized field sobriety tests, are also considered legal and protected under current laws.

What Did the Court Actually Say?

In preparing the decision, the Court was clear on why requiring a warrant prior to collecting a blood sample was necessary, but other forms of evaluation remained possible without this measure. In part of the decision written by Justice Samuel A. Alito Jr., the Court ruled that attempting to collect the blood without a warrant was in violation of the provisions found in the Fourth Amendment. Specifically, collecting the blood without a warrant violated the Amendment’s provisions relating to the right to be free from unreasonable searches.

As part of the decision, Justice Alito wrote about the invasive nature of collecting a blood sample:

“Blood tests are significantly more intrusive, and their reasonableness must be judged in light of the availability of the less invasive alternative of a breath test.”

Noting that collecting the blood would mean piercing the skin and extracting something from the body, Justice Alito was also concerned about the possible preservation of the blood sample for other uses.

“In addition, a blood test, unlike a breath test, places in the hands of law enforcement authorities a sample that can be preserved and from which it is possible to extract information beyond” what can be learned from a breath test.

The Court found no reason to place any type of restrictions on the use of a breath test, simply because of the impact on the individual and the fact that the procedure was not invasive and the results could confirm only what they are designed to confirm:

“the physical intrusion is almost negligible…the effort is no more demanding than blowing up a party balloon…. breath tests are capable of revealing only one bit of information, the amount of alcohol in the subject’s breath.”

Protecting the Rights of the Individual

More than one DWI lawyer applauded the Court’s decision. By making it mandatory to secure a warrant, the Court effectively protected the rights of the suspect and ensured that the individual will not be subjected to more extreme measures without cause. This makes it easier for a lawyer who handles cases of driving under the influence to evaluate the actions of law enforcement officers and ensure that nothing took place that violated the rights of the client.

A Raleigh DWI attorney can evaluate the actions of the officer leading up to and during the arrest, and even take a look at how the client was treated afterward, and determine whether their rights were violated. This information allows the lawyer to prepare a defense that is intended to ensure those rights remain protected.

While no lawyer encourages clients to drink and then get behind the wheel, legal counsel who routinely handle DWI cases want the rights of their clients to be protected at all times. This ruling ensures that if the State wants to procure a blood sample to make their case for DWI, they have to go through the proper procedures to obtain a search warrant for a suspect’s blood. This ruling guarantees that every person suspected of a crime receives protection under the Constitution, and preserves individual rights to be free from unreasonable, warrantless searches through invasive procedures like blood draws.